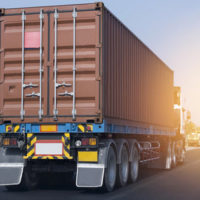 If you have sustained a traumatic brain injury in a car or truck accident, you may not be capable of making certain decisions for yourself. This includes decisions regarding any personal injury litigation arising from the accident. In these situations, it may be in your best interest to sign a power of attorney naming an agent to make such decisions on your behalf.

Keep in mind, however, that once you grant an agent such power, you are legally bound by their decisions. A recent decision by the Tennessee Court of Appeals, Allen v. American Yeast, Inc., offers a helpful illustration of what we mean by this. This case began with an August 2011 motor vehicle accident on I-240 in Memphis. The plaintiff, a resident of Arkansas, was traveling through Tennessee in her car. She collided with a truck owned and operated by the defendants.

The parties agreed to mediation. This is an informal process where a third party attempts to help litigants resolve their dispute without the need for trial. The mediator is not a judge or arbitrator, however, and cannot impose a resolution.

In this case, the parties ostensibly reached a post-mediation agreement in mid-2016. The defendant agreed to pay the plaintiff $300,000. In exchange, she agreed to release all legal claims against the defendant and dismiss her personal injury lawsuit. The plaintiff’s attorney and her mother, acting as agent, signed the agreement.

Several months later, a separate issue related to the litigation came before the Court of Appeals. The plaintiff, now acting without the assistance of an attorney, attempted to again challenge the validity of the settlement agreement. But the appeals court declined to second-guess the trial judge’s decision.

It is important that you trust the attorneys or agents you appoint to represent your interests. The first step towards building that trust is to speak with a qualified Clinton personal injury lawyer about your case. Contact the offices of Fox, Farley, Willis & Burnette, Attorneys at Law, at 865-457-6440 if you have been involved in an accident and need to schedule a free, no-obligation consultation with a member of our legal team today.