How Long Do I Have to File a Product Liability Claim in Tennessee? 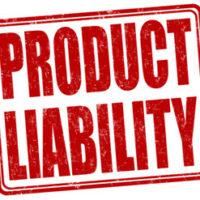 Product liability claims in Tennessee are subject to certain time limits. Specifically, Tennessee law states that a person who is harmed due to a defective product must bring a lawsuit within 6 years of the date of injury. This is known as the statute of limitations. But there is also a second deadline, known as the statute of repose, that ends 10 years from the date the allegedly defective product “was first purchased for use or consumption.”

The Tennessee Court of Appeals recently considered another scenario. Here, a plaintiff brought a product liability claim outside the 10-year limit but insisted that a 12-year extended warranty offered by the seller effectively overruled the Tennessee statute of repose. Ultimately, this attempt did not prove successful.

Here is what happened. The plaintiff sustained damage to his rental property in 2014 when his water heater “suddenly exploded and leaked water everywhere.” The water heater was apparently purchased by a previous owner in June 2005. The 10-year statute of repose expired just two weeks before the plaintiff filed his product liability claim against the seller of the water heater in June 2015. But in an amended complaint, the plaintiff said the seller provided a 12-year warranty at the time of purchase, which did not expire until June 2017.

A trial court dismissed most of the plaintiff’s product liability claims, citing the expired statute of repose. But the judge did allow the plaintiff to amend his lawsuit again to specifically address the question of whether the alleged 12-year warranty “covered a longer period than the applicable statute of repose.” Although no Tennessee court had previously addressed this specific issue, the judge favorably cited a 2014 North Carolina Supreme Court decision that found parties could legally contract “for a warranty term that exceeded the repose period.”

Unfortunately, the plaintiff could not produce the original 12-year warranty documentation, which he said the previous owner of the property never gave him. The defendant argued that if such a warranty existed, it was only a “limited” one that did not guarantee the water heater “would be free of defects.” The defense pointed to the water heater’s owner’s manual, which stated in the event of a leak, the seller would “furnish a new current model water heater of equal capacity and quality,” although the owner would still be charged for installation and labor.

The judge accepted the owner’s manual as uncontested proof of the scope of the warranty. Since the seller never agreed to pay any “incidental and consequential damage as a result of any malfunction of the water heater,” the plaintiff was out of luck here. The plaintiff appealed, but the Court of Appeals affirmed the trial judge after finding there was “no reversible error.”

If there is a simple takeaway from this case, it is to make sure and keep any warranty documentation that comes with the products you purchase, especially critical home appliances. Never assume the law will automatically protect you in the event a defective product causes damage to your home. And if you need advice from a qualified Gatlinburg product liability lawyer, call the offices of Fox, Farley, Willis & Burnette, Attorneys at Law, today.