How Does Signing a Release Form Affect My Right to Sue in Tennessee? 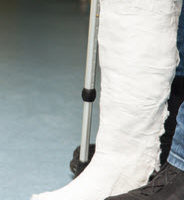 There are many occasions in everyday life where a business or service provider may ask you to sign a release form. Oftentimes we just reflexively sign such a document without bothering to stop and consider its implication. In legal terms when you sign a release you are agreeing to assume the risk of any injury that occurs from using the provider’s service. So even if you are seriously hurt because the provider was negligent, you have signed away your right to file a personal injury lawsuit and seek damages.

Tennessee courts generally recognize enforce contracts to assume risk. There are, however, several notable exceptions. For example, a doctor cannot ask a patient to sign a waiver of all malpractice claims that may arise from receiving medical services. Judges may also invalidate releases arising from “adhesion” contracts, i.e. one-sided agreements where the customer has no meaningful ability to refuse or negotiate the terms.

But once you sign any kind of release, the burden is on you to prove that it is invalid. This can be difficult even in cases where it might appear a matter of common sense that one side abused its superior “bargaining” position. But the mere fact a release may seem unfair after the fact is not enough to invalidate it.

Here is a recent example from the Tennessee Court of Appeals. The plaintiff in this case was a 77-year-old man who had undergone knee replacement surgery at a Memphis hospital. The hospital arranged for the plaintiff’s transportation to a follow-up appointment with his orthopedic surgeon. While returning from that appointment, the plaintiff was injured “while getting back into” the transport van. He subsequently sued the transportation company that operated the van for negligence.

Unfortunately, prior to his trip the plaintiff signed a “transportation agreement” that included a release for “any and all claims arising directly or indirectly from or as a result of the negligence” of the defendant. Not surprisingly, the defendant moved for summary judgment on the grounds the plaintiff had “assumed the risk” of injury. The trial court agreed and dismissed the plaintiff’s case.

The Court of Appeals upheld the trial judge’s decision. This was not akin to a contract with a doctor, the appeals court noted, as the transportation company did not provide any “professional services.” Indeed, the defendant was not operating an ambulance, but simply provided non-emergency transportation. Nor was this an adhesion contract, since according to the trial judge there was no evidence that the plaintiff “believed he had no option other than to sign the contract or take this particular method of transportation.”

While the plaintiff in this case was held to the terms of the release he signed, this area of law is often more complicated than it seems. Courts must examine a number of factors when determining whether an assumption of risk is valid and not contrary to law or public policy. This is why you need to work with an experienced Knoxville personal injury lawyer whenever you have any kind of potential claim against a business or service provider. Contact the offices of Fox, Farley, Willis & Burnette, Attorneys at Law, if you need to speak with someone about your case right away.