How Do You Prove a Defective Design Caused a Tractor Trailer Accident? 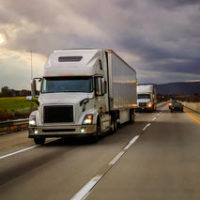 Tractor trailer accidents may be the result of many factors: driver error, improper maintenance, or even a defect in the design of the trailer itself. Proving the latter–defective design–is not a simple task. Tennessee and other states impose strict standards for bringing product liability claims. One requirement is the need for the testimony of a qualified expert who can explain to a jury how a particular design was defective, and what possible alternatives the manufacturer could have used to produce a safer vehicle.

The U.S. Sixth Circuit Court of Appeals recently issued an interesting decision, Wilden v. Laury Transportation, LLC, which addresses the standards for qualifying such an expert in federal court. This case actually arises from a tragic tractor trailer accident in Kentucky. But when product liability cases are tried in federal court, judges apply the Federal Rules of Evidence, and the Sixth Circuit’s precedents also apply to federal courts in Tennessee.

The underlying facts are briefly as follows. The plaintiffs, a teenage mother and her minor son, were traveling in her car when it crashed into the side of a trailer “pulled behind a tractor that allegedly failed to yield the right-of-way,” according to court records. The trailer had attempted to make a left-hand turn across a divided highway in Louisville, Kentucky, when the plaintiff’s vehicle “went underneath the trailer, pushing past the windshield, a type of car-and-truck collision known as ‘underride.’”

The mother suffered a catastrophic brain injury in the accident. She subsequently filed a product liability lawsuit, on behalf of herself and her child, against the manufacturer of the trailer. Specifically, the lawsuit alleged the trailer’s design was defective as it “lacked protection against side underride.” Although the plaintiffs filed their lawsuit in Kentucky state court, the defendant removed it to federal court.

In order to meet their burden of proof, the plaintiffs offered testimony from two experts, each of whom testified as to the “feasibility” of an alternative trailer design that would have “prevented or reduced the extent” of the mother’s injuries. The defense moved to exclude the experts’ testimony, however, as they did not meet the standards for “reliability” under the Federal Rules of Evidence.

The trial court agreed with the defense, rejected the experts, and dismissed the case. On appeal, the Sixth Circuit affirmed. The critical flaw, the Court of Appeals explained, was that the two experts’ proposed alternative design remains purely theoretical–it has never actually been built. Without any data from testing on a “physical prototype,” the Court said it was impossible to assess whether or not the experts’ conclusions were valid.

The Sixth Circuit was careful to note that not all product liability cases would necessarily require physical testing of a prototype. Indeed, product liability cases are by their nature highly fact-specific. This is why it is critical to work with an experienced Pigeon Forge truck accident lawyer who will give your case the personalized attention it requires. Contact the offices of Fox, Farley, Willis & Burnette, Attorneys at Law, if you have been injured in an accident and require immediate legal assistance.