Hit And Run Accidents Are On the Rise 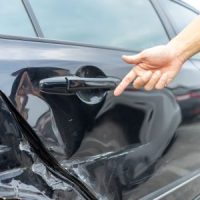 If you are lucky, someone sees, or can identify the driver who speeds off. But that often does not happen; hit and runs can happen so quickly—as fast as a car can speed away—that onlookers may have no chance at all to identify the car, and even if they can, police will often have a difficult time finding someone who drives away.

Not all Hit and Runs are the Same

Hit and runs are not all the same. We think of hit and runs as a driver who causes an accident, or hits a pedestrian, and then speeds away. But sometimes, the driver actually does stop, and may even converse with you or others at the accident scene, before the driver decides to just drive away before police arrive on the scene.

Hit and Runs are Increasing

Driving away from the scene of an accident is a crime in Tennessee, especially if an injury is involved. But that doesn’t stop people from doing it. A recent study by the American Automobile Association found that a hit and run accident happens every 5 seconds. And they are on the rise, going up by 6-7% every single year.

These numbers probably are under the true figure as some percentage of drivers will hit someone, drive away, and never realize they hit anyone. This is especially true today, as the cars we drive are getting bigger and bigger.

Pedestrians may be lulled into a false sense of security on smaller, slower speed roads because they think they are safer, but many statistics indicate that these are the kinds of roads where most hit and runs occur. This makes some sense—it may well be easier for a driver to speed off and disappear on a side or neighborhood road, than it would be in the middle of a busy highway.

Having uninsured motorist insurance can help hit and run victims recover for their injuries. Your insurance will pay you what the hit and driver would have had to pay you, if the driver had not sped away.

Call the Clinton car accident lawyers at Fox Farley Willis & Burnette, PLLC, today if you are the victim of a hit and run accident.