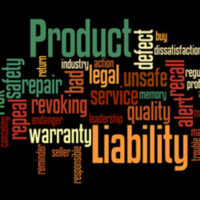 Tennessee law imposes a 10-year statute of repose on product liability claims. This means that if you want to sue a manufacturer because you were injured by its defective product, you must file that lawsuit no later than 10 years after the item in question was “first purchase for use or consumption.” If more than 10 years has elapsed, the court will dismiss your lawsuit, regardless of the merits.

The statute of repose is a state-specific law. Different states may impose a shorter or longer period to bring product liability claims. It is therefore critical to understand what state’s law applies to your specific case.

A recent decision from the U.S. Sixth Circuit Court of Appeals in Cincinnati, Burns v. Taurus International Manufacturing, Inc., helps to illustrate this principle. This case involves a woman who died under highly unusual circumstances. The woman was in bed with her partner one evening. The partner–one of the plaintiffs in this case–owned a pistol. He placed the pistol at the foot of the bed while the couple engaged in sexual activity. Sometime later, the pistol fell off the bed and discharged. A bullet from the gun then struck the woman in the head, killing her.

The pistol owner and the victim’s mother subsequently filed a product liability lawsuit in Tennessee federal court against the company that manufactured the pistol. The crux of their lawsuit was that a defective safety device on the pistol led to the accidental discharge. The defendant moved for summary judgment, arguing the plaintiffs’ claims fell outside of Tennessee’s 10-year statute of repose.

In response to the defense’s motion for summary judgment, the plaintiffs asked the judge for permission to voluntarily dismiss their lawsuit so they could refile in Florida, which has a 12-year statute of repose. The judge granted permission, but the defendant appealed that ruling to the Sixth Circuit. The appellate court then reversed the trial court and held the Tennessee statute of repose applied to this case and required dismissal.

The Sixth Circuit explained that Tennessee had a “more significant relationship” to the parties and events of this case than Florida. Indeed, the inciting incident–the accidental discharge of the pistol and the victim’s death–took place in Tennessee. The gun was also first purchased at retail from a store in Tennessee. In contrast, Florida’s principal connection to this case is that is where the defendant is based. Under the circumstances, the Sixth Circuit said it was appropriate to apply the Tennessee statute of repose, even though that effectively prevented the plaintiffs from having their case heard.

When it comes to product liability lawsuits, judges will not hesitate to strictly enforce legal deadlines, even if they may lead to unjust outcomes. That is why it is important to assert your legal rights in a timely manner. If you have been injured by a defective product and need to speak with a qualified Clinton personal injury lawyer, contact the offices of Fox, Farley, Willis & Burnette, today to schedule a free consultation.