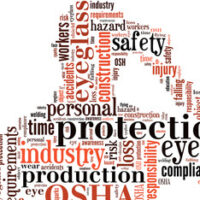 Issuing guidance, of course, is one thing. But what happens when employers neglect to follow that guidance? That is the subject of an ongoing lawsuit in the Tennessee courts, Davis v. Vanderbilt University Medical Center. The plaintiff in this case is a claims manager for Vanderbilt University Medical Center. After OSHA issued its 2015 guidance, the plaintiff said he “began reviewing Vanderbilt’s existing workplace policies” and found them deficient.

More precisely, the plaintiff said he notified his superiors that “OSHA was becoming more strict with respect to workplace violence … and instructed them on what needed to be done to comply with these new stricter policies.”

The TPPA is what is commonly known as a whistleblower law. Normally, employment is considered “at-will” in Tennessee, meaning an employer can fire an employee for any reason (or no reason at all). The TPPA creates an exception whereby an employer can be held legally liable if it fires an employee in retaliation for refusing to “participate in or remain silent” about the employer’s “illegal activity.”

To give a simple example, if your boss asks you to rob a bank, then fires you for not doing so, that would be a clear-cut TPPA violation. But in this case, Vanderbilt argued there was no “illegal activity” involved. As Vanderbilt saw it, the 2015 OSHA guidelines were just that–voluntary guidance for the healthcare industry that did not create an actual legal or regulatory mandate.

Although the Chancery Court agreed with Vanderbilt and dismissed the plaintiff’s lawsuit, the Court of Appeals reversed and returned the case for trial. The appeals court noted that while the 2015 guidance may not be a direct mandate, Vanderbilt still had a “general duty” under OSHA regulations to provide its employees with a “workplace free from recognized hazards.” And an employer could violate this general duty “by failing to have sufficient policies in place to prevent workplace violence.” Furthermore, a violation of this duty could be construed as an “illegal activity” for purposes of assessing the plaintiff’s whistleblower claim under the TPPA.

If you have been the victim of workplace violence, you may have a number of potential legal claims against various parties. An experienced Nashville personal injury attorney can provide you with skilled guidance and representation. Contact the offices of Fox, Farley, Willis & Burnette, today to schedule a free consultation with a member of our team.