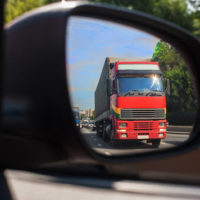 Many people think they do not need a lawyer following a car accident. This often proves to be a serious error in judgment. Too many accident victims try to deal with the other driver and their insurance company on their own. And the results are often disastrous.

One of the biggest risks for an accident victim is unintentionally signing away their right to file a personal injury claim. Negligent drivers and their insurers often make a quick settlement offer in the hopes that the victim will agree before speaking to a qualified personal injury attorney. Indeed, the victim may be actively misled as to what they are actually signing.

Here is a particularly useful illustration of what can go wrong. This is from a recent decision by the Tennessee Court of Appeals in an ongoing truck accident lawsuit. The victim allegedly sustained serious physical injuries after his car was struck by a semi-trailer owned and operated by the defendants.

But what exactly were they settling? By the plaintiff’s account, he thought the $10,000 only covered his property damage–his car was totaled in the accident–lost wages, and rental car expenses. He said he still reserved the right to sue for medical expenses.

The defendants, however, maintained their offer was to settle all outstanding claims from the accident. By the investigator’s accounting, just $215.00 of the $10,000 was the plaintiff’s “personal injury” costs. And in fact, the wording of the release the plaintiff signed in exchange for the $10,000 check stated it was a “RELEASE OF ALL CLAIMS.”

The plaintiff said he only realized there was a problem when his own insurance company informed him it would not pay for his accident-related medical expenses. Insurers often assert their right of “subrogation,” i.e. the ability to seek recovery from negligent drivers on behalf of their policyholders. Since the plaintiff signed away his right to sue, the insurer argued, it was no longer responsible for his medical bills.

The plaintiff then wised up, hired an attorney, and sued the defendants for negligence. That lawsuit was filed four years ago and the case has yet to go trial. The delay was due to a procedural argument over whether the plaintiff waited too long to file his lawsuit. The Tennessee Court of Appeals recently cleared that issue up and said the plaintiff could proceed.

Many people avoid hiring an attorney after an accident because they fear it might delay an insurance settlement. But as the case above illustrates, not having a lawyer can lead to misunderstandings, which then lead to many years of protracted litigation. Remember, if you are in an accident with a commercial truck, the owner and its insurer have a lot more experience than you do when it comes to dealing with liability.

The best thing you can do is call after any car accident is to contact a Knoxville personal injury lawyer who will look out for your best interests. Contact the offices of Fox, Farley, Willis & Burnette, Attorneys at Law, to speak with someone about your case right away.