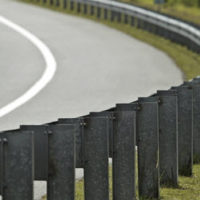 Car accidents are often the result of a dangerous or defective product, either something wrong with the vehicle itself or unsafe road conditions. For example, we recently discussed the known risks of defective guardrails to Tennessee motorists. As it turns out, the State of Tennessee recently settled a wrongful death lawsuit arising from one such defective guardrail.

In 2008, a 37-year-old Sullivan County woman died after her vehicle struck a guardrail on a highway near Blountville in the Tri-Cities area. Four years later, the victim’s family sued the State of Tennessee and the manufacturer of the guardrail. The suit alleged the protective end terminal of the guardrail broke away, and the exposed guardrail cut into the victim’s car and impaled her.

On June 6 of this year, WJHL-TV in Johnson City reported that the family reached a settlement with the state and the manufacturer. Last August, Tennessee Attorney General Herbert H. Slatery III authorized a $20,000 payout. The terms of the agreement were spelled out in a letter from the Attorney General to State Treasurer David H. Lilard, Jr., whose approval was also required under state law.

In the letter, Slatery said the $20,000 was “1 percent” of what the guardrail manufacturer separately agreed to pay the family. Slatery added the “only reason the State is paying any money is because there are witnesses who testified that the guardrail was damaged months before the accident,” and the state failed to repair it. The Attorney General noted that if the State had refused to settle and proceeded to trial, the “potential damages” could have exceeded $3.5 million, which even at 1 percent liability would have cost the government substantially more than $20,000.

Finally, Slatery acknowledged there were a number of “allegations” that the guardrail manufacturer had cut corners with respect to safety in order to produce a more “cost effective” product. Slatery noted that in a separate lawsuit brought against the same manufacturer in Texas, a plaintiff won a damage award of $5 million.

However, despite this settlement and the known safety risks, WJHL also reported that the Tennessee Department of Transportation could not confirm how many of the potentially defective end terminals remained in place throughout the state. While the DOT said it replaced the end terminal at issue in this particular case, the agency’s chief engineer said he “can’t prove” there is a “safety issue” that would justify spending the money to replace the more than 10,000 guardrails still in place statewide.

Get Help from a Tennessee Product Liability Attorney

Tragic cases like this one illustrate the importance of families demanding justice when a loved one dies due to a dangerous or defective product. Companies and state officials often try to pass the buck when it comes to safety, and innocent motorists pay the price. Do not let them get away with such negligence. If you or a family member need to speak with a qualified Knoxville personal injury lawyer, contact the offices of Fox, Farley, Willis & Burnette, Attorneys at Law, right away.