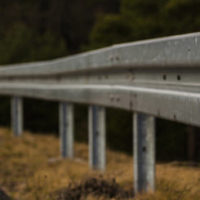 Teenage drivers are at a greater risk of death or injury in car accidents relative to drivers over the age of 20. According to the Insurance Institute for Highway Safety, there were over 2,700 motor vehicle deaths among people between the ages of 13 and 19 during 2015, the last year for which complete data is available. This makes motor vehicle crashes the leading cause of death for U.S. teenagers.

While many teenage car accidents are the result of driver inexperience or recklessness behind the wheel, other factors may be involved, even in single-car accidents. The car itself may be defective. There may also be problems with road or highway maintenance that contribute to an accident.

For example, the Tennessee Department of Transportation (TDOT) recently announced the removal of 1,000 guardrails from roads throughout the state shortly after a fatal accident involving a teenager in McMinn County. On November 1, 2016, the 17-year-old female driver was pronounced dead at the scene following an early-morning, single-car accident. According to police reports, the victim’s car veered off the road into the guardrail.

Guardrails are supposed to absorb the impact of a crash, increasing an accident victim’s chances for survival. But just a week before the fatal accident in this case, the TDOT removed the specific guardrail involved from a statewide list of “qualified” safety products. That decision came after three other people died in 2016 during car accidents involving the exact same make and model of guardrail.

To compound tragedy with insult, the TDOT actually billed the deceased teenage victim of the November crash approximately $3,000 for damage to the guardrail. According to the Washington Post, TDOT said the victim was “at fault” for the accident and owed the state $2,600 to replace the guardrail and an additional $231 in inspection costs. After the victim’s father told the media about the letter, TDOT said the bill was mistakenly sent “due to an error in processing.” The agency subsequently apologized to the family.

If you suspect any type of defective or dangerous product was responsible for the death of your child, you have every right to be angry. You understandably want to seek justice. The important thing to remember is a parent’s grief is not evidence. If you want to hold the negligent parties accountable, you need to present a judge and jury with facts and expert analysis. This is not something you can do by yourself.

Product liability cases are generally the hardest kind of personal injury claim to win. Manufacturers have deep pockets and can afford the best defense attorneys and expert witnesses. The law in this area is also highly technical. In some cases a manufacturer may be held strictly liable for any defect in a product that leaves its control. Other times, negligence may come from the fact a manufacturer knew about a problem but failed to inform the public.

Whatever the situation, an experienced Knoxville product liability attorney can help you and your and family investigate the causes of your loved one’s death and identify any negligent parties. Contact the offices of Fox, Farley, Willis & Burnette, Attorneys at Law, if you need to speak with someone right away.