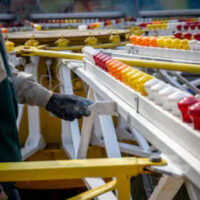 Amusement park accidents can seriously injure not only patrons, but also people hired to work at the park itself. And when there are multiple levels of contractors and subcontractors involved with a park or fair, it can take some time to sort out the legal liability for an accident. Oftentimes, courts must unravel complex contractual agreements between the parties to determine who must ultimately pay up.

In one ongoing Tennessee amusement park accident lawsuit, Yearta v. Amusements of America, Inc., the issue is not whether the victim was entitled to damages, but whether or not one of the companies involved should share in the responsibility. This particular case started when a worker was electrocuted while setting up a ride for the Delta Fair & Music Festival, which was held in Memphis in August 2016.

Delta Fair was the company that hosted the fair. It contracted with Amusements of America (AOA) to provide rides for the fair. AOA, in turn, subcontracted some of the rides to Belle City. The plaintiff in this case worked for a fourth company, Prime Time Amusements, which is not a party to this case.

The plaintiff was responsible for setting up a ride called the Alpine Bob. At the same time, AOA employees were setting up one of its rides, the Ring of Fire. Both rides were plugged into an electrical generator owned by Belle City. According to court records, at some point, “[e]lectricity from the power line flowed through the Ring of Fire, through Belle City’s generator, through the Alpine Bob, and into [the plaintiff].”

The plaintiff subsequently filed a personal injury lawsuit against AOA, Delta Fair, Belle City, and one other. All the defendants except for Belle City agreed to a settlement worth approximately $2 million, which was paid by AOA and Delta Fair’s insurance company.

This was not the end of the litigation, however, as the insurer sought to make Belle City pay it share of the settlement. Belle City denied liability for the accident. On January 6, 2020, a federal judge denied Belle City’s motion for summary judgment. This means the case is expected to proceed to trial.

The main issue for the jury will be whether or not Belle City’s subcontractor agreement with AOA requires the former to indemnify the latter for the plaintiff’s injuries. The contract contained a standard indemnity clause that stated Belle City was liable for any injuries caused by its “acts or omissions … in connection with the” agreement to provide rides for the fair.

Belle City has argued that it provided the electrical generator–the alleged cause of the accident–under a separate “oral” agreement that was not “in connection with” its written agreement to provide rides. The judge, applying New Jersey law as specified in the contract, said it was not clear whether or not the generator fell within the scope of the agreement. He said it was therefore “a question of the jury” to decide.

If you have been injured due to faulty construction at a fair or theme park, it is important to seek prompt legal advice. A qualified Clinton amusement park accident lawyer can review your situation and advise you on what steps to take next. Contact the offices of Fox, Farley, Willis & Burnette, today to schedule a free consultation.