Can You Sue the Police for Falsely Informing You of Your Child’s Death? 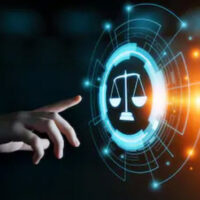 Negligent infliction of emotional distress (NIED) is a special type of personal injury claim where the defendant acts in a manner that is so reckless as to cause a mental or emotional injury to the plaintiff. A NIED claim involves more than “hurt feelings.” Rather, NIED cases involve specific trauma arising from a negligent act, such as witnessing a car accident caused by a drunk driver.

The Tennessee Court of Appeals recently rejected a NIED claim against a county sheriff who incorrectly told a woman her son had been shot and killed by deputies. This horrifying case, Randolph v. White County, began with a high-speed chase on Highway 11. White County deputies and Sparta Police were in pursuit of a pickup truck. The matter ended with White County deputies shooting and killing the driver of the truck.

The plaintiff in this case lived in White County. She was at home on the day the car chase and shooting took place. The plaintiff received a call from her daughter, who told her that according to social media posts, the plaintiff’s son was the driver who had been killed. This turned out to be false information. The driver was another man.

However, believing the report to be true, the plaintiff started driving to the local hospital. On the way, she came across the scene where the shooting occurred. The White County sheriff personally informed the plaintiff that her son had fired at the deputies and they “had to take him out.” Again, this was incorrect, as the deceased was another person. It was only after the plaintiff arrived at the hospital that she learned there had been a mistake.

The plaintiff subsequently sued White County and the sheriff for negligent infliction of emotional distress. Both defendants moved to dismiss the case, citing their immunity from lawsuit. The trial court granted the motions, prompting the plaintiff to appeal.

The Court of Appeals, however, agreed with the trial judge’s decision. With respect to White County, the Court noted the plaintiff’s lawsuit falls within the Tennessee Governmental Tort Liability Act (GTLA), which allows individuals to sue municipalities for injuries “proximately caused by the negligent act” of a municipal employee. But the GTLA also provides immunity for municipalities when the plaintiff’s injury is caused by a “breach of a duty owed to the public at large,” as opposed to a “special duty” owed specifically to the plaintiff.

NIED is a serious, yet often overlooked, aspect of personal injury law. If you have suffered emotional trauma as the result of someone else’s negligence, you may be entitled to compensation. A qualified Gatlinburg personal injury attorney can review your case and advise you properly on what steps to take. Contact the offices of Fox, Farley, Willis & Burnette, to schedule a free consultation with a member of our personal injury team today.