Can You Sue Another State in Tennessee Court Over a Car Accident? 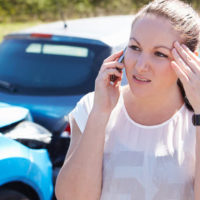 Under normal circumstances, if a car accident takes place in Tennessee, then the injured party may seek remedy in a Tennessee court. But what about an accident that occurs on or near a border–say on a bridge connecting Tennessee and Arkansas. And to make things more interesting, what if the plaintiffs and the defendants are all parties who reside in Arkansas?

This is the exact scenario recently addressed by the Tennessee Court of Appeals. The plaintiffs in this personal injury case were traveling on I-40 across the Hernando Desoto Bridge, which spans the Mississippi River to connect Arkansas with downtown Memphis. While on the Tennessee side of the bridge, the plaintiffs’ car collided with a stationary vehicle owned and operated by the State of Arkansas. More precisely, the Arkansas vehicle was part of that state’s Highway and Transportation Department, and the operator had been repairing a broken traffic sign.

The plaintiffs, who were themselves Arkansas citizens, sued the State of Arkansas and the Highway and Transportation Department employee in Tennessee state court. The lawsuit alleged the state employee “failed to utilize any warning signs, cones, emergency lighting, or emergency parts and accessories to warn approaching motorists of his vehicle,” thereby leading to the accident. The lawsuit sought damages of $1.5 million.

The State of Arkansas moved to dismiss the case on several grounds. First, Arkansas asserted it ha “sovereign immunity.” Second, Arkansas insisted Tennessee extend it “comity” and decline to exercise jurisdiction over the plaintiffs’ claims. Finally, Arkansas pointed to an “interagency memorandum” signed by Tennessee and itself, which provided that when an agency or employee of one state was sued in the other for a “course of action arising from the cooperation of state agencies or employees on or around the bridges,” both states would jointly move to dismiss the case.

The plaintiffs’ opposed Arkansas’ motion. Tennessee’s attorney general filed a separate brief on behalf of the Tennessee Department of Transportation urging the trial court to dismiss the plaintiffs’ lawsuit under both the interagency memorandum and the principle of comity. The judge subsequently granted Arkansas’ motion on those grounds, while simultaneously denying that state’s assertion of sovereign immunity.

The Tennessee Court of Appeals agreed the plaintiffs’ lawsuit should be dismissed. The appeals court also agreed, however, that Arkansas could not assert sovereign immunity in Tennessee courts, based on a 1979 U.S. Supreme Court decision. That said, the Court of Appeals said that “discretionary dismissal” of the plaintiffs’ case was justified “on the basis of comity.” In other words, out of “respect and the need for interstate harmony,” it made practical sense for the Tennessee Courts not to litigate this matter. Comity was particularly appropriate, the appeals court noted, as the plaintiffs themselves were Arkansas residents and there was a legal mechanism in place for them to seek compensation under that state’s laws. (The Court of Appeals declined to address the effect of the interstate memorandum on the plaintiffs’ claims.)

Get Advice from a Tennessee Car Accident Attorney

If you have been injured in a car accident and are unsure who may be legally at-fault, it is in your best interests to contact an experienced Knoxville car accident lawyer as soon as possible. Call the offices of Fox, Farley, Willis & Burnette, Attorneys at Law, at 866-862-4855 to schedule a consultation with a member of our legal team today.