Can I File a Personal Injury Lawsuit If My Employer Does Not Have Workers’ Compensation Insurance? 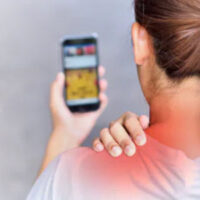 The normal rule in Tennessee is that a worker injured in the course of their employment may only seek benefits through the workers’ compensation system. That is to say, if you are hurt in an on-the-job accident, you cannot file a personal injury lawsuit against your employer. Instead, you must seek medical and wage replacement benefits exclusively by filing a claim with your employer’s workers’ compensation insurer.

But what if your employer failed to obtain workers’ compensation insurance? In that case, Tennessee law is quite clear. You have the right to file a personal injury lawsuit against the employer, the same as you would any other negligent defendant. And unlike other types of personal injury claims, the employer cannot argue “comparative fault,” i.e., it cannot cite your own negligence as a defense.

That said, you still need to prove that the defendant was, in fact, your “employer.” This is not always as easy as you might think. A recent decision from the Tennessee Court of Appeals, Helton v. Lawson, offers a case on point.

The defendant in this case served as the general contractor on the construction of his own house in Hawkins County. He engaged a local handyman, a man named Housewright, to assist him. Housewright, in turn, hired the plaintiff to work as a day laborer on the project.

One day, the plaintiff was hanging some vinyl siding on the house when the board he was standing on “flew out from under him.” The plaintiff fell “feet first into a footer ditch containing concrete.” Although the plaintiff initially declined to seek medical attention, about a month later he learned that he had fractured his ankle in the fall.

It was at this point the plaintiff learned that neither the defendant nor Housewright carried workers’ compensation insurance. The plaintiff subsequently sued the defendant for negligence, alleging the accident was the result of “unsafe and defective” equipment on the job site.

The Court of Appeals took issue only with this last point. It held substantial evidence supported the jury’s verdict with respect to who employed the plaintiff and the relative fault of each party. Critically, since the defendant was not the plaintiff’s employer, it could rely on a comparative fault defense.

But the evidence did not support an award of zero damages. The Court of Appeals noted it was “obvious that [the plaintiff] did incur serious injuries as a result of the accident.” The court therefore vacated the verdict as to damages only and returned the case to the trial court for further proceedings.

You should always seek medical attention following any type of workplace accident, even if the employer does not have workers’ compensation coverage. And you should also not hesitate to seek timely advice from a qualified Gatlinburg personal injury lawyer about your potential options for seeking compensation. Contact the offices of Fox, Farley, Willis & Burnette, to schedule a free consultation with a member of our personal injury team today.