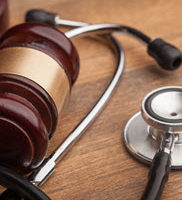 In just about every personal injury lawsuit arising from a car accident, the plaintiff has suffered some kind of physical or mental injury as a result of the defendant’s negligence. But such injuries must be proven to the judge and the jury. And under Tennessee court rules, the defendant has the right to seek a court-ordered independent medical examination of a plaintiff when his or her “mental or physical condition” is “in controversy.”

Now, it is critical to note that such a medical examination cannot be used a fishing expedition. The rules state a judge should only order an exam for “good cause” and must limit its “scope” to only cover those areas relevant to the underlying lawsuit.

You may be asking yourself, “What happens if I refuse to undergo the medical exam?” In that situation, the judge has the right to impose sanctions against you. For example, in one recent Tennessee personal injury case, a judge refused to allow a plaintiff to present the jury with evidence of her injuries after she disobeyed a direct order to undergo an independent medical exam. The Tennessee Court of Appeals subsequently held the trial judge acted within his lawful discretion and refused the plaintiff’s demand for a new trial.

The plaintiff sued the defendant following a 2013 car accident. She alleged the defendant’s negligence was solely responsible for the accident, which caused her “serious bodily injuries.” Her lawsuit sought damages for medical expenses, pain and suffering, mental distress, and overall “loss of enjoyment of life.” The defendant, while conceding liability, disputed the “nature and extent of the plaintiff’s injuries.”

This prompted the defense to ask for an independent medical exam of the plaintiff. The judge agreed and ordered the parties to schedule a convenient time for the exam. The plaintiff, however, refused to participate. According to the Court of Appeals, she simply failed to respond to numerous requests from the defendant to set a date. Finally, the defendant set a date on its own initiative, and when the plaintiff failed to show, the defense filed a motion to compel the plaintiff’s cooperation.

The judge granted the motion. But once again, he left it to the parties to set a new exam date. And once again, the plaintiff refused to play ball. This led the defendant to file a motion to dismiss. While the judge denied that motion, he did impose sanctions against the plaintiff at trial. Specifically, he barred her from “offering any testimony or evidence…regarding medical damages, medical bills, or medical records related to future pain and suffering, future loss of enjoyment of life and/or permanent impairment.”

This pretty much left the plaintiff’s “past pain and suffering” as the only issue before the jury. On that claim, the jury did find for the plaintiff, but it only awarded her $500.

Before the Court of Appeals, the plaintiff argued the trial judge was wrong to order the medical exam and erred when it imposed sanctions for her refusal to submit. The Court of Appeals rejected these and several other arguments raised by the plaintiff. Although the appeals court acknowledged the trial judge was wrong in failing to limit the scope of the proposed medical exam, as required by Tennessee court rules, the plaintiff failed to properly object at the time. And her legitimate objections aside, that did not justify the plaintiff’s decision to disobey the trial court.

Get Help With Your Tennessee Personal Injury Claim

Not surprisingly, the plaintiff in the above case represented herself. This is often the best way to guarantee a verdict that favors the defense. Personal injury litigation is a complex affair involving a number of rules and procedures. If you are the plaintiff, you need an experienced Clinton personal injury lawyer by your side to make sure your actions comply with applicable court rules. Contact the offices of Fox, Farley, Willis & Burnette, Attorneys at Law, if you have been in a car accident and need legal advice or assistance today.