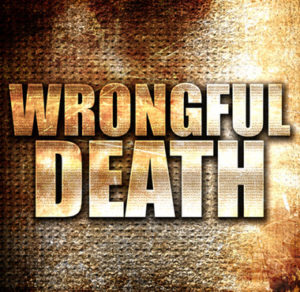 There is no amount of money that can compensate for losing a child. But when a child dies due to a third party’s negligence, the parents have a legal right to seek justice. In Tennessee, as in most states, the most common venue for such justice comes in the form of a wrongful death lawsuit.

Tennessee Mother Sues Parents of Boy Who Killed Her Daughter

For example, there was a recent news story about a wrongful death lawsuit filed in Jefferson County, Tennessee, by the mother of an 8-year-old girl who died after she was shot by an 11-year-old boy. According to the Knoxville News-Sentinel, the boy fired a shotgun into the trailer where the victim lived with her parents. Local law enforcement said the shotgun belonged to the boy’s father and was left unlocked in a closet.

The victim’s mother named the boy’s parents as defendants in their wrongful death claim. The plaintiff alleges the defendants “had a duty to supervise their child using reasonable care” to prevent him from “harming others with firearms.” The plaintiff is asking for $10 million in compensatory and punitive damages for the wrongful death of her daughter as a result of the defendants’ allegedly “willful, wanton, [and] grossly negligent conduct.”

It should be noted the boy who killed the victim was tried and convicted of first-degree murder in juvenile court. According to news reports, the boy “is being kept in state custody for the rest of his childhood until he reaches the age of 19.”

In many cases, a wrongful death lawsuit may be the only means that a grieving family has to obtain some measure of justice against the person or persons responsible for their loved one’s death. But like any civil lawsuit, a wrongful death claim can take many months or years to litigate. That is why it is critical for the victim’s family to work with an experienced Knoxville personal injury lawyer. Contact the offices of Fox, Farley, Willis & Burnette, Attorneys at Law, if you need advice regarding a wrongful death claim or any other type of personal injury lawsuit.