Assessing the Role of Pharmacies in Creating the Opioid Epidemic 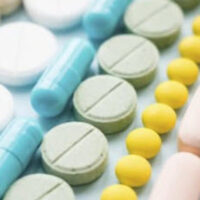 Much of the attention in the opioid epidemic has focused on the companies who manufacture these drugs. But the distributors–i.e., pharmacies–are also an important part of this story. Businesses that distribute prescription opioids are required to follow strict Drug Enforcement Administration (DEA) regulations. Yet many commercial pharmacies ignored this responsibility in pursuit of greater sales.

Now, the proverbial chickens are coming home to roost. For example, the national grocery and pharmacy chain Kroger, which operates a number of stores here in Tennessee, recently agreed to settle civil allegations with federal prosecutors in Virginia over alleged violations of federal opioid regulations. According to CBS19 News in Charlottesville, Virginia, a Kroger-owned pharmacy in that locality “violated the federal law on at least 16 distinct occasions between May 2, 2015 and May 30, 2016.” Specifically, the Kroker store “improperly filled” certain opioid prescriptions, “failed to make or keep” required DEA forms related to such prescriptions, and overall failed to “provide effective controls and procedures to guard against diversion of controlled substances.”

Walgreens Facing Ohio Trial After Acting as Own Distributor of Opioids

Kroger will pay $225,000 to settle the case above. But that is a drop in the bucket when compared to the potential legal liability Walgreens, which operates more than 9,000 retail pharmacies throughout the country. Earlier this year, Walgreens opted out of a settlement of a major opioid trial scheduled to begin in Ohio next year.

Walgreens is in a unique position because unlike pharmacies that obtain their opioids from drug wholesalers, Walgreens acted as its own distributor, i.e., it obtained its painkillers directly from the manufacturers. This made Walgreens a major player in creating the opioid epidemic in the first place, according to a recent report in the Washington Post.

A Post investigation found that between 2006 and 2012, Walgreens “purchased about 13 billion” pills, which was 73 percent more opioids than other U.S. pharmacies during that same time period. “By acting as its own distributor,” the Post explained, “Walgreens took on the responsibility of alerting the DEA to suspicious orders by its own pharmacies and stopping those shipments.” Yet the lawsuit pending in Ohio alleges that Walgreens not only failed to alert the FDA, it also “incentivized pharmacists with bonuses to fill more prescriptions of highly addictive opioids.”

The Ohio plaintiffs argue that since Walgreens chose to act as its own distributor, it should be held more culpable than other pharmacies, because as the Post noted the company “had full visibility into all dispensing related information necessary to reveal red flags and criteria of suspicion.”

We used to think of drug dealers as shady individuals pushing marijuana or cocaine on a street corner late at night. But as we learn more about the opioid crisis, we are starting to realize the real threat may be brightly lit 24-hour pharmacies pushing dangerously addictive painkillers. If you have suffered due to the opioid crisis and need advice from a skilled opioid lawsuit lawyer, contact Fox, Farley, Willis & Burnette, today.