Are First Responders Liable for Failing to Save a Car Accident Victim? 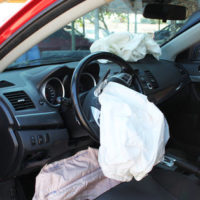 A car accident can inflict serious, life-threatening trauma on the body. That is why it is imperative to receive timely medical care following any accident. Any delay in treatment may prove fatal.

Private Company Sued After Failing to Remove Teenager From Wreckage

We typically think of car accident lawsuits in terms of “who caused the wreck.” But there are also tragic cases where negligence by medical personnel or first responders contribute to a victim’s death. So even if there is no driver or other party who can be held legally responsible for the initial accident, someone may still be liable for failing to properly care for the injured victims.

For example, the parents of a 14-year-old boy killed in a single-car accident back in February 2016 recently filed suit in Knoxville against the private company that provided emergency services at the scene. According to news reports, the victim was a passenger in a Chevy Blazer driven by one of his brothers. Another brother and a family friend were also in the car at the time.

Conditions were windy that night with “gusts exceeding 30 milers per hour,” according to the Knoxville News-Sentinel. One such gust blew the Blazer off-course and into a culvert. Following the crash, the 14-year-old victim was pinned in the front passenger seat.

Emergency first responders arrived about 30 minutes after the accident was called in to Knox County 911. According to the lawsuit, the 14-year-old was still alive but the responders “improperly categorized” him as deceased. As a result, they allegedly failed to “extricate him from the vehicle.” Furthermore, the responders did not have “the necessary specialized equipment to perform” such an extrication.

A subsequent autopsy concluded the victim died as a result of “traumatic asphyxia”–suffocation under the wreckage–and not from the blunt impact of the accident itself, which was “less-than-lethal.”

The lawsuit names a private company that provided the first responders under contract to Knox County. The plaintiffs, who lost another son in the same accident, accuse the defendant of “negligent, reckless, and wrongful acts and omissions.” The lawsuit seeks a total of $2 million in compensatory damages and an additional $3 million in punitive damages.

Many times, an accident is not what it first appears to be. In the case above, the victim’s mother was initially told her son was dead even before first responders arrived. But the autopsy later suggested he was alive for at least two more hours and could have been saved.

In other car accident cases, there may be disputed or conflicting evidence. It can take time to sort out what happened. A grieving family is no position to undertake such an investigation, which is where a qualified Knoxville personal injury lawyer can step in and help.

At the offices of Fox, Farley, Willis & Burnette, Attorneys at Law, we have the experience to help families sort out the legal issues arising from a loved one’s death. Contact our offices in Knoxville or Clinton today if you need to discuss your case with someone today.