Your Car Likely Has A “Black Box,” And It Can Be Accessed And Used 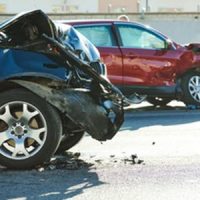 You may have heard of an airplane’s black box. After an accident, the black box is usually located, and it contains vital data about what the airplane was doing right before the accident. From settings to speed to what the pilots were saying—everything is recorded on the black box.

The information on the black box gives investigators a big clue as to how the accident happened. By having access to every system in the plane, and all the diagnostics that were going on, in many cases experts can pinpoint the cause of the crash.

You may not know it, but your vehicle likely also has its own version of a black box. In a car, it’s called an event data recorder, or EDR.

As of 2014, almost all cars built have an EDR in them. They are included voluntarily, as there is no law that requires that manufacturers include them inside of vehicles. If your car was made after 2014, there’s a good chance it has an EDR in it, but if you’re not certain, there are online lists that show which cars do and do not have EDRs in them.

Although EDRs aren’t required, the law does say that if they are built into cars, they must track things like a car’s speed, when brake and accelerator pedals are being pressed, whether the airbag deployed, whether turn signals were used, and whether the seatbelt was being used.

Before you think about removing an EDR, keep in mind that many laws prohibit removing them. It’s even dangerous to remove them, because in many cases, they are attached to the airbag system, so removing the EDR could mean disabling the air bag.

There is nothing that prevents information from an EDR from being used in trial. In fact, data on EDRs is being used more commonly in car accident cases, where liability is disputed. Information on EDRs can shed light on who is responsible for an accident, whether a victim was comparatively negligent, or whether the driver may have been distracted while driving.

Most cases that challenge the admissibility of EDR data in court have to do with constitutional challenges to police access to EDR information, and the use of EDR information in criminal cases. It is likely that if challenged in civil court, there would be no problem with using EDR as evidence for the jury to see.

Practically, getting, downloading and interpreting EDR data can be expensive, and highly skilled experts may be needed to interpret the data-especially because each kind of car uses its own device, with its own “language.”

Still in certain cases, the time and expense investment in getting EDR information can be an invaluable tool to prove who actually caused an accident.

We can help you prove what happened in your car accident case, if there is a dispute as to who caused the accident. Call the Tennessee personal injury attorneys at Fox Willis Burnette, PLLC, for help today.