Will Your Injury Settlement Or Verdict Be Taxed? 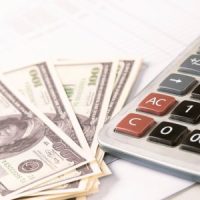 At the end of your personal injury case, you understandably will want to put as much money into your pocket as you can. You may want to minimize what you owe to doctors or hospitals, so that you put more of your settlement or verdict money in your pocket. But one area that people forget about doesn’t come out of your verdict or settlement right away–it comes out later. We’re talking about taxes.

Yes, your settlement is money, so it is taxed by the IRS. However, the tax rules aren’t as straightforward as you think, and thus, there are ways to get a sizable settlement or verdict, while also minimizing your tax burden.

Any money that you win that represents a replacement for your lost wages, past or future, is taxable. That makes sense–if you were at work, earning that money, it would also be taxed. In that sense, you are still getting the same take home pay as you would be getting if the accident never happened, and you were able to continue working.

If you anticipate getting a large amount for lost wages–which often happens when there is a future lost wage claim, and thus, the Defendant is paying you years worth of income right now, you may want to structure the settlement, or speak to an accountant, to avoid ending up in a much higher tax bracket than you normally would be.

Reimbursements Are Not Taxable

Non-income reimbursement is not taxable. That includes getting paid back for what your medical bills are–both bills you already paid and which you are getting reimbursed for, as well as for bills you may expend in the future.

The same applies for any other kind of reimbursement–for example, if you had an expensive TV in your trunk during your car accident, and you received an extra $1,000 in your verdict for the TV, that money is a reimbursement, not income, and thus is not taxable.

There is one exception to this. If you claim your medical expenses as a deduction on a tax filing, then the money you get for medical treatment is taxable.

A large part of your settlement or verdict may be to compensate you for non-economic damages. These are damages that can’t be counted, such as pain and suffering, anxiety, loss of the quality of life, or any other type of injury that doesn’t have a bill or “price tag.”

Those damages are not taxable, which is good. However, this exception is only for personal injury cases. If you were to receive non-economic damages in another type of case, such as a harassment case, or a business law case, or anything other than personal injury, thoise damages would be taxable.

Punitive damages are taxable, however, they are not common in personal injury cases. Additionally, should you be awarded any interest on any money awarded, that money is taxable as well.