When Is a Store Responsible for Customers Who Are Injured in the Parking Lot? 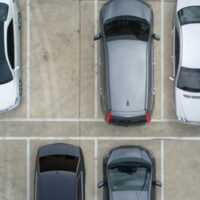 In Tennessee, a property owner must exercise “reasonable care” in keeping their premises safe for any invited guests. If the property in question is leased, then this responsibility falls to the tenant. But if the landlord retains possession over certain common areas of the property–say, a parking lot used by multiple tenants–then the tenant is not responsible for any injuries that occur in these common areas.

Court of Appeals: Actions of Tenant’s Employees “Assumed” Duty of Care from Landlord

There is, however, an exception to this exception: The tenant is still responsible for keeping the “approach” to its premises safe. And if the tenant chooses to exercise control over a parking lot or common area, then it may be liable for injuries sustained by customers in those areas.

An April 2020 decision from the Tennessee Court of Appeals, Jones v. Earth Fare, Inc., explains these principles in greater detail. This case involves a slip-and-fall accident that took place in a retail parking lot in Knoxville. A woman was walking through the parking lot of the defendant, Earth Fare, Inc., when she slipped in what turned out to be a large puddle of antifreeze. The woman then entered the Earth Fare store and informed the manager on-duty about the puddle. The manager went into the parking lot, saw the antifreeze, and went back into the store to get something to cover the puddle.

Before the manager could act, however, a second woman–the plaintiff in this lawsuit–had just left the Earth Fare store and was walking back to her own car when she slipped and fell in the same antifreeze puddle. The plaintiff sustained injuries in the fall. She subsequently filed a personal injury lawsuit in Tennessee state court against Earth Fare and the company that owned the shopping center.

Before the trial court, Earth Fare moved for summary judgment. It argued that it was not liable for the plaintiff’s injuries, as it did not own the parking lot. The plaintiff replied that Earth Fare employees had routinely exercised “control” over the parking lot and therefore could be held responsible. The trial judge sided with Earth Fare and dismissed it as a defendant.

The Court of Appeals reversed the trial judge. It held the plaintiff had established Earth Fare’s control over the parking lot. In legal terms, this meant Earth Fare owed a “duty of care” to the plaintiff to keep the parking lot in reasonably safe condition. Whether or not the defendant actually violated this duty would be a question for trial.

With respect to control, the Court of Appeals cited testimony from the store manager, who said she routinely responded to customer reports of spills in the parking lot. The manager further explained she would not call the landlord or its property manager. Rather, the store’s employees would “try” to take care of any problem. The appeals court said that was sufficient proof that Earth Fare “assumed a duty to maintain the parking lot in the area where the injury occurred.”

Premises liability cases such as this one often require sorting out who exactly is responsible for a person’s injuries. An experienced Knoxville personal injury attorney can assist you in thoroughly investigating the causes of your accident, as well as representing you in holding the negligent parties responsible. So if you have been injured in an accident, contact Fox, Farley, Willis & Burnette, today to schedule a free consultation.