When Is A Doctor Or Pharmacist Liable For Prescribing A Dangerous Drug To A Patient? 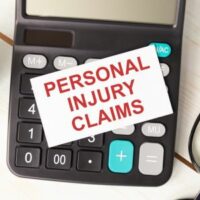 We have known for many years that the blood-thinning medication Pradaxa is a dangerous drug. Specifically, Pradaxa is known to increase the risks of stroke and severe bleeding in patients, which in many cases has led to death. Despite these known risks, many doctors and pharmacists have prescribed Pradaxa without providing adequate warnings to their patients.

A recent decision from the Tennessee Court of Appeals, Kidd v. Dickerson, addresses the potential legal liability of healthcare providers who prescribed Pradaxa to a patient who later died. This particular case involves an 82-year-old woman (the victim) who went to see her primary care physician, where she presented with complaints of pain and swelling in her left arm.

The primary care physician determined the victim had a blood clot. The following week, the victim saw another doctor in the same medical practice, who found another blood clot. The second doctor prescribed Pradaxa as a blood thinner. A pharmacist working at a nearby Rite Aid filled the prescription that same day.

Six days after receiving the prescription, the victim saw her primary care doctor again. The doctor changed the victim’s prescription from Pradaxa to Xarelto. Although the doctor said the victim should follow-up with him in a month, she returned to the practice one week later, where a nurse-practitioner determined the victim required a referral to a cardiologist due to an irregular heartbeat.

Unfortunately, the very next day the victim fainted and was taken to the hospital. An oncologist diagnosed the victim with stage-four stomach and liver cancer. The hospital also found the victim had suffered substantial blood loss, which only caused her to deteriorate further. The victim subsequently passed away about a month after her admission to the hospital.

The victim’s daughter (the plaintiff) subsequently filed a medical malpractice lawsuit against the victim’s doctors and practice group, as well as the pharmacist and Rite Aid. The crux of the plaintiff’s argument was that the victim’s internal blood loss was the result of taking Pradaxa, and that neither her doctors nor the pharmacy ever advised her of the “well-known, well-documented, potentially dangerous and irreversible side effects” of the drug.

To briefly summarize the current state of the case, the Court of Appeals held the plaintiff failed to present evidence in support of her claim against the pharmacy defendants. The doctors were also not liable for causing the victim’s death or failing to obtain her “informed consent” before prescribing Pradaxa. However, the nurse-practitioner and the practice group may be liable for failing to properly diagnose the plaintiff’s condition just before she entered the hospital. The Court of Appeals returned that issue to the trial court for further proceedings.

Medical malpractice lawsuits are inherently tricky. Tennessee law goes to great lengths to protect doctors, even when they clearly make mistakes that cause patients their lives. That is why it is essential to work with an experienced Knoxville personal injury lawyer when pursuing a health care liability claim. Contact the offices of Fox Farley Willis & Burnette, today to schedule a free consultation with a member of our legal team.