When Does a Commercial Trucking Company Have a Duty to Preserve Evidence Regarding an Accident? 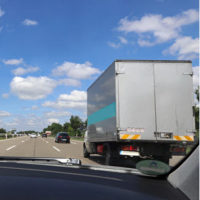 Commercial trucking accidents are not your run-of-the mill auto collision. These trucks are typically owned by large companies that must keep detailed records of their vehicles’ activities in order to comply with federal safety regulations. This means that when an accident does occur, the victims may be able to access this information to help prove the driver or truck owner’s negligence.

But as is often the case with personal injury litigation, time is of the essence. Consider this recent ruling by a Tennessee federal judge in an ongoing truck accident lawsuit, Lee v. Horton. This case addresses an October 2016 accident between the plaintiff and a commercial truck driven and owned by the defendants. In June 2017, the plaintiff’s personal injury lawyer asked the defendants to “preserve evidence related to the accident.” This is a standard request in Tennessee civil litigation designed to ensure a party does not accidentally–or intentionally–destroy records that might be relevant to the lawsuit.

Among the information the plaintiff wanted preserved was the “daily logs produced by the truck’s electronic logging device for the day of the collision and the six months preceding it.” The plaintiff believed these logs would help prove her claim that the truck driver was “fatigued” and “sleep deprived” at the time of the accident. But the defendants replied the logs were no longer available, as it was company policy to automatically overwrite the data every six months. Since the plaintiff’s preservation letters came more than six months after the accident, it no longer had the requested records.

The plaintiff responded by filing a motion for sanctions. In effect, the plaintiff wanted the court to find the defendant was required by federal court rules to preserve the daily logs, and that the defendants willfully violated this rule in order to “deprive” the plaintiff of access to relevant evidence.

But a federal magistrate reviewed the plaintiff’s motion and recommended the judge overseeing the case reject it. The judge agreed. In an order dated September 25, 2018, the judge noted the rules only required a party to preserve evidence only when it “should have known that the evidence may be relevant to future litigation.” The plaintiff argued the defendant should have known there would be a lawsuit on the day of the accident itself. The judge disagreed. He noted the defense’s position was that the truck driver did nothing wrong–indeed, he wasn’t even issued a traffic citation for the accident–and that the collision was the plaintiff’s fault. In any event, the judge said the defense’s duty to preserve evidence did not arise until after the plaintiff’s attorney sent its notice in June 2017.

If you’re involved in any kind of motor vehicle accident, it’s in your best interest to promptly seek advice from a qualified Knoxville truck accident lawyer. The reality is every day you delay working with a lawyer may ultimately undermine a legitimate case against a negligent truck driver or trucking company. So if you need immediate assistance, contact the offices of Fox, Farley, Willis & Burnette, Attorneys at Law, today.