When Can a Defendant Try and “Shift Blame” in a Personal Injury Case? 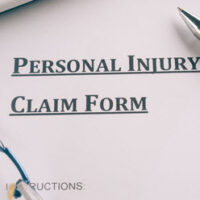 A recent decision from the Tennessee Court of Appeals, Kanipe v. Patel, demonstrates how this rule can protect plaintiffs. This was a medical malpractice lawsuit. The plaintiff was the son of a woman who died while under the defendant’s medical care.

Later that day, a nurse called the defendant. According to the defendant, the nurse asked if he “had any more orders for medication in case” the victim needed it. The nurse, however, had a different recollection. She testified that “in no uncertain terms that [the victim] was continuing to experience chest pain.” While the defendant did prescribe additional medication, he did not return to personally examine the victim. The following morning, the victim died from an aortic dissection.

The defendant did not plead comparative fault in response to the plaintiff’s subsequent lawsuit. But as noted above, he did suggest that the nurse failed to inform him that the victim’s condition had worsened. At the same time, the defendant carefully hedged his own trial testimony, stating, “I’m not going to blame anybody” for what happened.

The jury ultimately returned a verdict for the defendant. On the plaintiff’s motion, however, the judge ordered a new trial after determining the defendant had, in fact, attempted to shift the blame to the nurse in his testimony. Since the defendant failed to plead comparative fault as an affirmative defense, this was inappropriate.

After the second trial, the new jury found in favor of the plaintiff. This time, the defendant appealed, arguing there was no grounds for ordering the retrial in the first place. The Court of Appeals disagreed. It held, like the trial judge, that the defendant engaged in improper blame-shifting during the first trial. As the appellate court put it, “if a defendant states that he is not trying to blame anybody, but then proceeds to blame somebody, the disclaimer that he is not trying to blame anybody rings hollow.”

Comparative fault is just one of many potential legal issues that may come up in a personal injury lawsuit. An experienced Knoxville personal injury lawyer can provide you with experienced guidance on this and many other subjects relevant to your own claim. So if you have been injured due to someone else’s negligence, contact the offices of Fox, Farley, Willis & Burnette, today to schedule a free consultation.