What Is Summary Judgment? 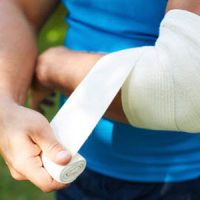 In a typical personal injury case, if you opt to file a lawsuit or if your case doesn’t settle before you file a lawsuit, you assume that your case either will settle later on or you will go to trial and have your day in court if you don’t want to settle. But there’s a third option that often isn’t very desirable for personal injury victims: Your case could get thrown out by the judge before you even get your day in court in front of a jury.

The process is called summary judgment and it allows a judge to end a case early, before a party ever has the chance to present arguments, witnesses, or evidence. The case will be over and you never will have a jury or the chance to argue in front of the jury.

Why Does the Rule Exist?

Before discussing how this happens, it’s important to understand why this is even allowed. As you’ve probably heard people say, “anybody can file a lawsuit,” and that is true. That means that a lot of cases with little or no merit end up getting filed.

Summary judgment allows a judge to throw out any case that seems either frivolous or where the evidence is so overwhelmingly for or against a party that there is not even a point in having a trial—it is obvious what the jury will do, so the judge is given the power to do what the jury would have done without a trial through summary judgment.

This means that summary judgment will often not be entered before all the evidence is obtained by both parties.

However, there is an important lesson here: parties should try to gather all the evidence they can as quickly as they can to avoid a summary judgment.

If the judge grants summary judgment against you, the case is over and you have lost. If you win the summary judgment, you haven’t won the entire case—it just means that you will at least have your day in court in front of a jury.

Call the Clinton personal injury lawyers at Fox Willis Burnette, PLLC, today for help if you are a victim in any kind of accident.