What Is Qualified Immunity? 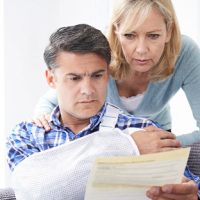 When there are cases of police brutality that make the news, the political debate over qualified immunity always seems to spring up. But what is qualified immunity, and why should a personal injury victim care about it?

Qualified immunity says that a government actor can’t be sued, unless the law was previously clear that what the person (the government employee or agent) was doing was illegal.

The logic is that government actors—and especially police officers—have to make on the spot decisions, and they can’t be expected to know how a court would rule in a new or novel situation. It isn’t fair, the logic goes, to hold an officer liable for doing something when there is no specific case on point that says that what the officer did, would be punishable.

This seems like a straightforward concept. But the problem with qualified immunity, and the reason why it comes under such scrutiny, is that it is often easy for a government actor to show that their specific situation was different than any situation in the past, and thus, because of that, they should have immunity. Just point out differences, and the victim cannot recover for his or her injuries.

Let’s take a hypothetical situation where a police officer shoots a fleeing suspect in the back. This seems like an easy case—after all, there has to be existing cases that say that an officer can’t do this.

The point of this is that no two situations are exactly alike. So, to avoid liability, many officers (or other government agents) simply have to use factual differentiations between cases, to show that their actions are protected and immune from lawsuits.

There is a big push to eliminate qualified immunity, to make it easier to sue government actors and police officers. However, up until now, the immunity remains, making it that much harder to sue not just police officers, but teachers, prison guards, or government officials who may cause harm.

Call the Tennessee personal injury attorneys at Fox Willis Burnette, PLLC, today for help if you have been injured by a government employee or actor.