What Is A Subsequent Remedial Measure? 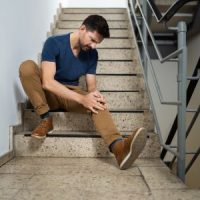 When a victim is injured because of a dangerous condition on someone’s property, they often will point out that shortly after their accident, the condition that caused the accident was fixed or repaired. Victims will often point to this, as being the “smoking gun” that the property was dangerous. After all, the business would only fix something if they knew it was dangerous in the first place, or that it caused your injury, right?

Evidence is Not Admissible

That logic may be true, and it may be indicative of human nature. But unfortunately, in most cases, evidence that a business fixed a dangerous condition, or repaired an area where you may have been injured (called a subsequent remedial measure), cannot be used against the business in trial.

Many victims are shocked to hear this. For example, if you fall in a stairwell because of a defective, loose hand railing, and the day after your accident they repair the hand rail, shouldn’t you be able to use the fact they repaired the hand rail, to show it was broken in the first place?

You would think so. But you can’t.

There is a policy reason for excluding this kind of evidence. As a matter of public policy, we want to encourage property owners to repair dangerous conditions on their property. But if a property owner knew that it was going to have the fact that it fixed something on the property used against it, property owners would never make repairs.

It would put property owners in an impossible situation: make repairs so you make your property safer, and thus, risk having the fact that the property was fixed used against you, or do nothing, and allow the dangerous condition that caused the accident to remain.

When Subsequent Remedial Measures Can be Used

The only time you can use a subsequent remedial measure in court is to show ownership or control of property.

So, in our handrail example above, if the store owner said that it had no control over the stairwell, you could show that the store fixed the handrails, just to show that the store did, in fact, own and control the stairwell (this is one reason why many Defendants won’t contest that they actually owned or controlled the area where a victim is injured—they don’t want evidence of subsequent remedial measures to become admissible to show control or ownership).

Prior Events are Admissible

Note that the exclusion of evidence is only subsequent—something that happens after your accident. Anything before your accident is fair game. So, for example, in our example if there was evidence that three people had fallen on the stairs, or that the business owner had hired multiple companies to fix the hand rail prior to the accident, that would be admissible.

Were you in an accident? We can help you get the evidence you need to prove your case. Call the Knoxville product liability lawyers at Fox Farley Willis & Burnette, PLLC, today.