What Is a Commercial Truck Driver’s Responsibility When Navigating a Parking Lot? 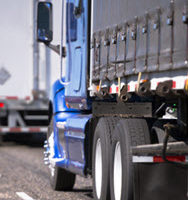 Commercial truck drivers need to exercise special caution when operating their tractor-trailers in parking lots and other area where pedestrians travel. A truck accident can devastate the unfortunate individual who finds themselves struck by–or even caught under–an 80,000-pound vehicle. And any truck driver or truck owner whose negligence leads to such an accident can be held responsible for civil damages under Tennessee law.

Woman Passes Out, Wakes Up and Finds Herself Under Moving Tractor-Trailer

Recently, a federal judge in Winchester declined to dismiss a personal injury lawsuit brought against a truck owner under what is admittedly unusual circumstances. The plaintiff attended the popular Bonnaroo Music and Arts Festival in Coffee County, Tennessee. According to the plaintiff, she was there with friends, and the group decided to “camp out” for the night in a vacant field behind a local truck stop.

During the course of the evening, the plaintiff drank a beer and passed out. She later said one of her friends likely drugged the beer. In any event, when the plaintiff regained consciousness the next morning, she discovered she was lying underneath a tractor-trailer owned by the defendant. (For the sake of convenience, we’ll refer to the owner and driver of the truck interchangeably as “the defendant.”)

For his part, the defendant was on a commercial delivery run from Tennessee to Florida when he arrived at the truck stop. He pulled into the truck plaza to sleep for several hours. Around 6 a.m. the next morning he prepared to leave.

The defendant said his normal routine included performing a “pre-trip inspection before hitting the road.” But before performing said inspection, he decided to “reposition” the truck first. It was while moving the truck that the defendant ran over the plaintiff’s leg.

The plaintiff subsequently sued the defendant for negligence. The defendant moved for summary judgment, arguing it “did not owe a legal duty of care” to the plaintiff under these circumstances. The judge denied the motion, “reserving” this question for a jury trial.

As the judge explained, under Tennessee law a truck driver owes the general public a duty to “keep a reasonably careful lookout commensurate with (1) the dangerous character of the vehicle and (2) the nature of the locality.” This duty extends to the defendant’s “repositioning” of the truck. But whether or not the defendant actually breached the duty, the judge said, was a matter for the jury.

The judge also rejected the defendant’s claim that it was not “foreseeable” that someone “would become intoxicated and travel some 100 yards from a field that she was sleeping in to pass out under a semi-truck.” Generally, a defendant is only liable in a personal injury case for a “foreseeable harm.” But the judge said this referred to a “general” harm, and the mere “fact that an accident may be freakish does not per se make it unpredictable or unforeseen.” Again, it will be the jury’s task to determine whether the harm was foreseeable as applied to the “unusual” facts of this particular case.

Every truck accident involves a unique set of facts, any of which may have a significant impact on the outcome of a personal injury claim. This is why it is so important to work with an experienced Knoxville truck accident lawyer who knows how to investigate such matters. Contact the offices of Fox, Farley, Willis & Burnette, Attorneys at Law, if you have been injured in an accident and need immediate legal assistance.