What Happens When Property Owners Try To Delegate Duties–And Blame? 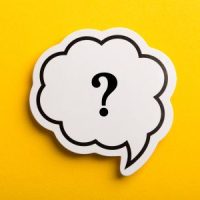 If you have young children, you probably know what they often do when they are blamed for something. They put the blame on someone else. They point the finger at anybody they can find to try to escape being the one held responsible for an action that you may be angry about.

Many times businesses and defendants in a personal injury case do exactly the same thing. When a victim says that a defendant did something wrong to cause the victim’s injuries the defendant’s initial response may often be to tell the victim that they are suing the wrong defendant.

The Use of Outside Companies and Contractors

This often happens because in real life, there may be multiple parties that have different responsibilities on a worksite or on a business premises. For example, a store may hire a separate cleaning company to clean the floors, and thus, when you fall on something on the floor, the store will claim that the cleaning company didn’t do its job.

Can Duties be Delegated?

There are times when a defendant can delegate responsibility for your safety to another company, and times when it cannot.

Professional duties, such as those that are owed to you by a doctor, lawyer, financial advisor, realtor, or accountant, cannot be passed along and delegated to another company.

And some courts have even gone so far as to say that simply cleaning property to keep it safe, is a duty of a property owner that cannot be delegated to another company. It would simply be bad public policy to allow a property owner to hire, for example, a cleaning company, and then walk away with no responsibility when someone is injured because the property was not kept in a clean and safe condition.

Many defendants will try to blame other companies, both to avoid their own liability, but also because they know that the other company may be smaller, and thus, unable to even pay a judgment that you may win. Adding another party also adds time and complexity to an injury case, and Defendants know that accident victims don’t like that.

Call the Clinton premises liability lawyers at Fox Farley Willis & Burnette, PLLC, today to see who is liable for your injuries if you are injured in any kind of fall or accident on a business’ property.