What Happened At Camp Lejeune? 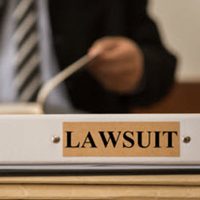 When dangerous toxins or chemicals seep into our water or food supply, the victims can be confused as to why they are suffering the way they are. They may suffer lost pregnancies, or develop fatal diseases, for no explainable reason. Only years later do they realize that they were exposed to something dangerous so many years ago.

Stories abound from the soldiers, their families, and the staff, who worked at or were stationed at Camp Lejeune from the 1950s to the 1980s, all who had continuing, unexplained health problems. These problems were only recently explained by the revelation that the water at Camp Lejeune had been contaminated by leaking chemicals.

The chemical in the water at Camp Lejeune was called Benzene, along with cleaning fluids and even lead from batteries and water from weaponry used and discarded by the U.S. military.

The base was built along a very shallow aquifer, one that was so shallow that it was easily contaminated by nearby chemicals that come from a military base. The base was eventually, in the 1980s, declared a hazardous waste site by the government. The CDC, in a later investigation, found that the contaminated water did in fact pose a threat to human health.

But despite this being known, for many years, the military resisted paying damages to Camp Lejeune victims. In fact, at many points, the military even resisted having the area tested to see if the area was contaminated.

When the CDC conducted studies against the military’s objection, the military then took the position that any causation between the contaminants and the cancers and other diseases that Camp Lejeune soldiers were suffering from were unproven.

It was only recently, in August 2022, that a bill was rolled into a larger bill passed by Congress, which allows victims to sue (the larger bill also included health care to veterans sickened by burn pits while serving in Afghanistan).

Of course, many Camp Lejeune victims didn’t realize that they had been sickened by contaminated water until years after their exposure. Federal law still allowed these claims to be brought, even many years after exposure—but state law in North Carolina did not, and the Supreme Court ruled that the North Carolina law, which prohibited the lawsuits, took precedence over the federal law.

The August 2022 law, recently passed by congress, overturns that decision, paving the way for those sickened by Camp Lejeune water, to bring their lawsuits, even if they were exposed as far back as 1953.

Under the new law, Anybody who was at Camp Lejeune—not just soldiers—can bring a claim, if they have an unexplained illness, diseases or ailment that was likely caused by exposure to the water at the camp.

Call the Knoxville personal injury lawyers at Fox Farley Willis & Burnette, PLLC, today if you think you may have been sickened or made ill by the water at Camp Lejeune.