Was Your Doctor Properly Warned About the Risks of IVC Filters? 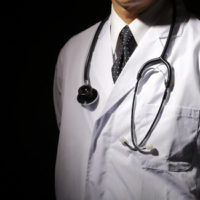 Thousands of patients have suffered serious, life-threatening side effects after receiving IVC filters, which are medical devices implanted in the body to prevent blood clots from traveling into the patient’s lungs. In recent years, we have learned that companies that manufacture IVC filters did not adequately disclose the risks to patients and their doctors of using such devices. This has prompted lawsuits in a number of states alleging “failure to warn,” which is a type of personal injury associated with product liability.

But proving a failure to warn in IVC filter cases is often complicated by what is known as the “learned intermediary doctrine.” This is a rule applied in Tennessee and other states that states when a doctor serves as an intermediary between a drug device manufacturer and a patient, the manufacturer is only liable if it failed to warn the doctor–as opposed to the patient–of the risks. Furthermore, this failure to warn must be the “proximate” cause of the patient’s ultimate injury. To put it another way, unless there is proof the doctor would not have used a given medical device or drug if it had received the additional warnings, then the manufacturer is not responsible for any injury sustained by the patient.

A recent decision by a federal judge in Indiana–applying Georgia law, which also uses the learned intermediary doctrine–provides a practical example of what we are talking about. This case is one of many pending cases against Cook Medical over its Günther Tulip® and Cook Celect® IVC filters. The plaintiff here required spinal surgery, which in turn led to a referral to a vascular surgeon. The vascular surgeon recommended installation of an IVC filter due to the plaintiff’s medical history and her high risk of developing blood clots during the spinal procedure.

The vascular surgeon chose to implant a Celect IVC filter. Approximately two years after the surgery, the plaintiff “began to experience pain on the inside of her right thigh.” An ultrasound revealed “there was something in her leg.” The plaintiff said this turned out to be a part of the IVC filter that had broken off. The vascular surgeon subsequently removed the filter.

In her lawsuit, the plaintiff accused Cook of failing to provide adequate warnings about the risks associated with the Celect filter. The trial judge granted summary judgment to Cook on this issue, however, citing the learned intermediary doctrine. The court noted the plaintiff’s own vascular surgeon–the learned intermediary in this case–was “aware of the risks associated with conical-shaped IVC filters like the Celect” prior to the surgery and in fact “he continued to use the Celect filter even after Plaintiff’s 2011 filter fracture.” Nor was there any evidence that the surgeon would have removed the plaintiff’s failure any earlier had Cook made certain additional warnings. In short, there was no proof that Cook’s alleged failure to warn would have made any difference in the care received by the plaintiff.

Even when there is not a failure to warn, an IVC filter manufacturer can still be held liable for defects in the design or manufacture of its products. This is why it is essential to consult with an experienced Tennessee IVC filter lawyer if you have suffered adverse consequences as the result of receiving any of these devices. Contact the offices of Fox, Farley, Willis & Burnette, Attorneys at Law, today if you need to speak with a lawyer right away.