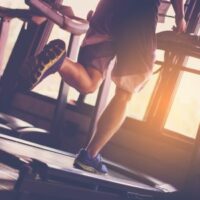 Treadmill maker Peloton has announced that it will agree to recall its treadmills after numerous injuries and even a death were caused by the exercise machines. This marks a reversal of position for the treadmill maker, which at first resisted any attempts to recall its products.

Peloton says it will refund Peloton owners, or at least, make repairs to people’s treadmills. This was following numerous reports of the treadmill’s touchscreen coming off, and in some cases, falling off of the treadmill and causing injuries. But the real problem with the machines came from below–specifically, the belt that runners would actually stand on.

Devices Could and Did Trap People Underneath

When a child or animal does get trapped under the device, the belt often does not stop moving—it continues running, thus “sucking” the victim further underneath the heavy treadmill. The government released a home video, showing this exact thing happening to a young child.

Pelotons do have a key to lock the device, and Peloton initially suggested that they be locked to avoid kids, pets, or others, from using or getting trapped underneath the devices. It also suggested the devices be locked away, and unplugged when not in use. Peloton does sell a smaller version of the treadmill, which is cheaper, but which doesn’t use the same design that caused these injuries.

The case illustrates how many companies are initially resistant to calls from the government to take a product off the market, even a product as ubiquitous as the Pelotons—it is estimated that about 1250,000 Peloton devices are affected by the recall.

The case also demonstrates that the government is generally not always able to compel a product manufacturer to take a defective product off the market. Sadly, it often takes an injury, and then a lawsuit, to do that.

The Peloton recall demonstrates a classic design defect case. The product worked exactly as it was designed to work. The problem is that the core, fundamental design of the product is or was faulty.

Call the Clinton personal injury attorneys at Fox Willis Burnette, PLLC, for help if you are injured by a product. Our expert witnesses and attorneys can investigate, and determine whether a product is defective-and potentially, dangerous.