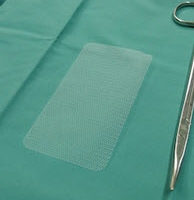 In recent years, many Tennessee residents have experienced significant complications arising from the use of hernia mesh during hernia repair surgeries. These complications–which range from infection and perforated organs to bowel obstruction and liver problems–often force patients to undergo additional procedures, incurring significant financial and personal losses. For this reason, many hernia mesh victims have turned to the courts for relief, seeking financial compensation from the manufacturers and distributors of these dangerous and defective products.

Understanding How the Statute of Limitations Affects Hernia Mesh Claims

One such lawsuit currently pending before a federal judge here in Knoxville involves Davol, Inc., and its parent company, C.R. Bard, Inc., which produce and distribute hernia mesh under the brand name Dulex Mesh. The plaintiff in this case is a woman who underwent hernia repair surgery in June 2008. Four years later, the mesh became infected and had to be surgically removed. In fact, the plaintiff required several follow-up surgeries, most recently in May 2017.

This past May, the plaintiff sued Davol and C.R. Bard, alleging negligence, strict product liability, and breach of implied warranty, among other claims. The defendants moved to dismiss the lawsuit, claiming the plaintiff waited too long to file her lawsuit under the applicable statutes of limitations. But in a September 12, 2018, order, U.S. District Judge Pamela L. Reeves denied the defense’s motion with respect to all but one claim.

As Judge Reeves explained, most of the plaintiff’s claims are subject to Tennessee’s one-year statute of limitations for personal injury actions. This one-year clock actually starts “on the date of the personal injury,” not when the defective product was sold. This can be tricky to determine in the context of medical devices. The plaintiff’s hernia mesh was removed in September 2012. But she did not file her lawsuit until more than four years later.

That said, the plaintiff invoked the “discovery rule,” which basically states the clock does not start to run until the date where the plaintiff “discovered” or could have reasonably discovered the hernia mesh itself was defective. Here, the plaintiff said that discovery did not occur until July 2017. If that’s true, Judge Reeves said, then the plaintiff acted within the statute of limitations. The defendants obviously dispute this timeline, but the judge said this was not a question that could be resolved on a motion to dismiss.

As you can see, time is of the essence when it comes to a defective medical device lawsuit. That is why you should not hesitate to speak with a qualified Tennessee hernia mesh lawyer as soon as you suspect there may be a problem. Contact the offices of Fox, Farley, Willis & Burnette, Attorneys at Law, to schedule a consultation with a member of our legal team today.