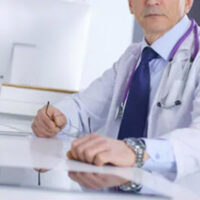 Medical malpractice lawsuits often involve multiple defendants, including doctors, hospitals, and even nurses. Sorting out the legal arguments against each specific party is a complex undertaking. And judicial decisions involving some of the defendants may end up affecting a victim’s case against the other parties.

A July 31 decision from the Tennessee Court of Appeals, Blackburn v. McLean, illustrates what we are talking about. The plaintiff in this case is the father of a man who died while receiving medical care at Maury Regional Hospital. The plaintiff sued both his son’s treating physician and the hospital itself for medical malpractice and wrongful death.

The Court of Appeals, however, held this was improper procedure. The appellate court said that “under the unique facts of this case,” the plaintiff’s claims against both the hospital and the physician are “inextricably linked” to the point where it “substantially complicates our review.” That is to say, many of the plaintiff’s allegations were made against both the hospital and the doctor. But the trial court’s ruling was only “final” with respect to the hospital. Until there is also a final judgment against the doctor, the Court of Appeals said it made no sense to review the case piecemeal.

Similarly, if the Court of Appeals were to review the trial judge’s decision to disallow the plaintiff’s request to change expert witnesses, that would obviously impact the still-pending allegations against the physician. Indeed, this is precisely the reason the trial court suspended further proceedings in the first place. But the trial judge was basically attempting to put the cart before the horse. This could lead to an “unjust outcome,” the appeals court said, so it declined to hear the plaintiff’s partial appeal at this time.

Medical malpractice cases often involve complicated legal issues like the one described above. That is why it is crucial to work with an experienced Knoxville personal injury attorney who understands this process intimately. If you have been injured due to a healthcare provider’s negligence and need legal advice, contact Fox, Farley, Willis & Burnette, today to schedule a free consultation.