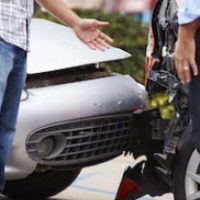 There is a longstanding rule in Tennessee known as the “made whole” doctrine. This rule often comes up in personal injury cases. Let’s say you are in a car accident. You incur $50,000 in medical bills as a result. Your insurance company only covers half this amount, or $25,000. You then sue the negligent driver in court and obtain a judgment of just $20,000.

Insurance companies often enforce what are known as subrogation rights in personal injury cases. Subrogation allows the insurer is to recoup what it paid to the insured out of any subsequent judgment. But under the made whole doctrine, the insurer can only recover after the insured is fully compensated for her loss (i.e., made whole). In the example above, the accident victim received a total of $45,000 in compensation yet suffered $50,000 in damages. As a result, the made whole doctrine prevents her insurance company from enforcing its subrogation rights.

Court of Appeals: No “Constitutional” Right to Get Around Made Whole Doctrine

The Tennessee Court of Appeals recently addressed the applicability of the make whole doctrine to a case involving a subrogation claim from a county government. The plaintiff in this case worked for Hamilton County as an emergency medical technician. The plaintiff was treating a patient in the back of an ambulance when the vehicle collided with another car.

The plaintiff subsequently filed a personal injury lawsuit against the two drivers involved in the accident. One driver settled pre-trial for $24,600. The jury ultimately found that driver 100 percent liable for the accident and calculated the plaintiff’s total damages at $58,000, which was less than the pre-trial settlement combined with the County’s compensation.

Nevertheless, the County insisted it had a “lien” against the plaintiff’s $24,600 settlement. Before the trial court, the County argued the made whole doctrine did not apply to its claim. The judge disagreed and rejected the County’s lien.

In arguing for reconsideration, the County tried a new avenue of attack: It argued a constitutional right to enforce its lien. More precisely, the Tennessee Constitution states that “the credit of no County … shall be given or loaned to or in aid of any person” without approval from the county’s voters. In effect, the County argued the money it paid was somehow a form of “credit” extended to the plaintiff.

This was utter nonsense, and the judge called it out as such. The court explained the payments made to the plaintiff were part of his employment compensation. They were not a loan. The Court of Appeals agreed with the trial judge. The appeals court explained that under the facts of this case, the County was not entitled to subrogation because the defendant was not “made whole” for his injuries.

Dealing with subrogation claims is just one of many legal issues that may arise from a car accident. That is why it is important to work with an experienced Knoxville caraccident lawyer who will assert and defend your rights in court. Contact the offices of Fox, Farley, Willis & Burnette, Attorneys at Law, if you need legal assistance right away.