The Story Of A Rare Illness, But Typical Victim Of Camp Lejeune Poisoned Water 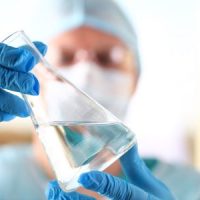 The diseases caused by the contaminated water at Camp Lejeune are so varied, and so numerous, that there almost is not one comprehensive list of diseases that are covered under the Act.

The new act, which provides an avenue for people to recover damages where one didn’t exist previously, is a new lifeline for those poisoned at the Camp. There is an exhaustive list of diseases that are covered, but it is nearly impossible to come up with a list of every illness, disease, defect or malady that may have been caused by the exposure to toxic chemicals at the base.

One illustration of the tragedy at Camp Lejeune is a story that was recently reported about a former marine, who was at Camp Lejeune in 1984 – just a few years before the Act’s 1987 cutoff date.

In the early 2000s, the marine noticed that she had begun growing large masses on her body. Of course, as anyone would, she was concerned that these masses may have been cancer. But it was not cancer—it was a rare disease known as Durcum’s disease.

The disease is incurable, and forms tumors, which are not cancer, on various parts of the body. The body also creates additional connective tissue, in areas where there should not be any.

At first, nobody knew how she would have just suddenly come up with this rare illness, until doctors learned about her time at Camp Lejeune and made a connection between her poisoning at the camp and her disease.

Being Sick at Camp Lejeune

She was only at the camp for about 4 months, but she does remember that she and fellow servicemembers seemed to be sick more often than they normally would have been. She recalls being sick and throwing up, but doctors at the base blamed it on various causes, like poisoned food.

She recalls that the thing that she lived by at the time—water—to deal with the strenuous physical activity, would later be the exact thing that was poisoning her, as it is now known that chemicals from nearby contaminated water seeped into Camp Lejeune’s water supply.

Believe it or not, although her disease is debilitating, her medical claims and claims for compensation from the Veterans Administration were denied, because technically Durcum’s disease isn’t cancer. She still has the option to file a lawsuit, or jump into existing class action lawsuits against Camp Lejuene, but it isn’t known if she will take that avenue or not.

The new law, enacted recently by congress, allows those who were at the base from 1953 to 1987, to receive compensation, so long as the victim was on the base for at least 30 days during that time period. Anybody—not just servicemembers—who served during that time frame, and became sickened, or who may have had birth defects, is eligible to sue for illnesses that they may believe was caused by exposure to contaminated water.

Call the Tennessee Camp Lejeune Justice Act lawyers at Fox Farley Willis & Burnette, PLLC, today if you were stationed or worked at Camp Lejeune, and became ill, diseased or sickened.