The Open And Obvious Doctrine In Slip And Fall Cases 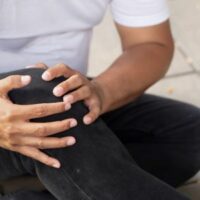 Can a victim sue for injuries in a slip and fall where the victim fell over something that they could have seen and should have avoided? This is the question which arises in cases that involve the open and obvious doctrine.

What is an Open and Obvious Condition?

Certainly, if something like a curb exists, and the curb is painted in a bright color, someone who falls over it would have a hard time suing. As you can imagine, curbs or steps or other natural imperfections in the areas we walk are commonplace, and people can’t sue for every time a sidewalk isn’t exactly even or there is a step down from a curb.

Not So Obvious Conditions

But often, there are open and obvious conditions which end up being not so open or obvious.

For example, imagine someone who falls on a brightly colored liquid inside a store. At first glance, that may be an open and obvious condition – the victim should have seen, and avoided, the area. But now imagine that the store had large “for sale” signs on the shelves, or a bright, large display. The store’s intention is to get your eyes to look at the sale or the display. Now, the condition on the floor, though normally open and obvious, is not so obvious, because of a condition created by the store owner.

Liability Even Where a Condition is Obvious

Even with an open and obvious condition, and even where a victim was aware of the condition, a landowner can still be liable to someone who is injured on the property. That’s because Tennessee courts will look to whether an injury is foreseeable, and what the cost to the landowner of remedying the situation is.

Let’s assume that a property owner knows that there is a ledge with a large drop off outside its property. It is foreseeable that anybody could fall off that ledge, especially if the area is one where foot traffic is supposed to walk or is directed. All that it would take to make the area safer, is a relatively inexpensive handrail.

In that kind of case, even though the condition was open and obvious, the victim could still recover damages.

Are you injured because of a fall? Call the Clinton personal injury attorneys at Fox, Farley, Willis & Burnette, for help today.