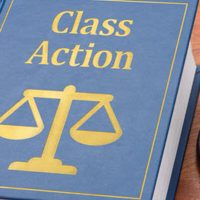 Dow Corning Breast Implants – In the late 90s, it was revealed that breast implants could leak, causing serious injury to those who had them. Many implants completely ruptured, and in other cases, the slow seepage of the silicon, caused people to suffer ongoing, debilitating injury. Dow Corning paid out about $3 billion.

Diet Drugs – Primarily dealing with the diet drug Fen-Phen (a mixture of two separate diet medications), this class action paid close to $4 billion. The drug was found to have a connection to heart damage.

Tobacco – For many years, the tobacco industry denied the harmful effects of nicotine. The idea that nicotine was addictive, or harmful, or that it could be an allure to young people, was preposterous. But in 1998, the walls came crumbling down, as the tobacco industry agreed to pay over $200 billion to various states, and $9 billion per year every year after that, to account for the harmful—and undisclosed—effects of tobacco.

Tobacco company R.J. Reynolds was additionally ordered to pay $23 billion in 2014, but that was to a single plaintiff, not part of a class action.

Opioids – One of the largest class action settlements also happens to be one of the most recent. In 2021, a number of drug companies agreed to pay $26 billion, to account for the addictive nature of their pain pills. The pills not only addicted people, but were related to 500,000 deaths.

Talc Powder – Nearly $5 billion was awarded to users who developed cancer of the ovaries, after using talcum powder that was found to be laced with asbestos. Over $4 billion of that award represented punitive damages.

Bayer – Monsanto – This class action lawsuit related to the use of the weed-killer, commonly known as Roundup. Users of the product were found to have developed cancer. Many of these cases are being appealed, and many against the company are still pending.

Antidepressants – Numerous antidepressants were the subject of a class action. The product or drugs themselves were not defective, but the packaging was misleading or deficient, and the company was ordered to pay $3 billion. The case is a reminder that mislabeled products, or labels that don’t fully represent what a product does, or how it should be used, can lead to a products liability case.

Call the Knoxville personal injury lawyers at Fox Farley Willis & Burnette, PLLC, today if you have been injured by a defective product.