The Important Role of Video Evidence in Personal Injury Cases 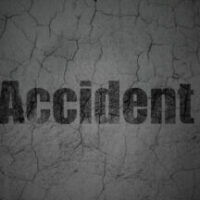 Many times, a personal injury lawsuit depends entirely on the parties’ personal recollection of events, which may be years after the fact. In some cases, a plaintiff may bolster his or her case if there is video or photographic evidence taken at the time of the accident. Of course, video evidence can also work against a plaintiff and in favor of the defense.

Here is a recent example of the latter. In Keirsey v. K-V-A-T Food Stores Inc., a woman sued a local supermarket following a slip-and-fall accident that took place in July 2012. According to the plaintiff’s account of events, it was raining on the day in question. As she entered the store, the plaintiff said she noticed a “minimal” amount of water on the floor but thought nothing of it as she proceeded to shop.

But when leaving the store about an hour later, the plaintiff suffered her slip and fall. Only then did she notice “a large puddle of water mixed with dirt” on the floor. Again, the plaintiff insisted this puddle was not there earlier when she entered the store.

The plaintiff subsequent sued the store owner for negligence, alleging it failed to maintain its premises in a reasonably safe condition or “warn customers of the dangerous conditions caused by the wet floor.”

During pretrial discovery, the defense produced its store surveillance tapes from the day of the plaintiff’s accident. According to the trial judge, the recording showed there was a “caution/wet floor” sign near the puddle where the plaintiff fell, as well as a mat placed near the store entrance to give patrons “additional traction.” Combined with the fact it had been raining for some time that day–that is to say, the plaintiff knew it was raining–the judge found there was no evidence to show the defendant did anything wrong. The judge therefore granted summary judgment to the defense.

The plaintiff appealed, but the Court of Appeals agreed with the trial judge. In particular, the appeals court noted the video surveillance showed the plaintiff “exit in the direction of the yellow ‘wet floor’ warning sign.” Indeed, she “passes directly” by the sign. Perhaps she did not notice it, the Court observed, but it was there, and thus provided adequate warning to the plaintiff of the hazardous condition of the floor.

Although this case did not end with a favorable outcome for the plaintiff, it still provides an important lesson. It is essential to fully investigate the circumstances surrounding an accident before going to court. Your own recollection of an accident may be incomplete, and so it is always beneficial to consult with an experienced Sevierville personal injury lawyer. Contact the offices of Fox, Farley, Willis & Burnette, Attorneys at Law, if you have been injured in any type of accident and would like to consult with a lawyer today.