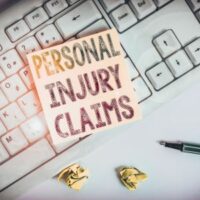 Damages in most cases, but especially in personal injury cases, are broken down between economic and noneconomic damages.

Economic damages are damages that are countable. They have a definite, quantifiable value to them. Examples include medical bills, expenses, lost wages, or future medical expenses. Although parties may disagree over what those amounts are, what they should be, or whether they are related to the accident, a jury doesn’t have to make up a value in their head—there is an objective basis to calculate economic damages.

For example, in a wrongful death case, if someone’s mother were killed, the economic damages may be limited to medical expenses, funeral expenses, and future earnings, which could be nominal if the mother did not earn much money. But the sadness, pain, abandonment and devastation that the mother’s kids suffer and will suffer going forward, are tremendous, with a  value far exceeding the economic damages.

In a recent case, an accident victim was awarded $930,000 in noneconomic damages. The defendant asked to have that amount reduced to Tennessee’s statutory maximum on noneconomic damages, which is $750,000. The victims argued that the cap was unconstitutional.

The victims argued that the cap violated the right to trial by a jury, as the Tennessee legislature was essentially stepping in by passing the law, and limiting what a jury could do. The victims also argued that the law was a violation of separation of powers, in that it is for courts to determine damages, not legislatures.

But the Tennessee Supreme Court disagreed, holding that the $750,000 damage limit was in fact constitutional. The court held that the law does not restrict a jury, it only lowers an award, should a jury award more than the cap. The Court also held that Tennessee law has always allowed congress to make determinations as to limiting damages, and thus there was no separation of powers problems.

The $750,000 remains in place, although for certain injuries, like paralysis, wrongful death, or amputations, that cap goes a bit higher, up to $1 million.

Call the Clinton personal injury attorneys at Fox, Farley, Willis & Burnette, if you are injured in any type of accident.