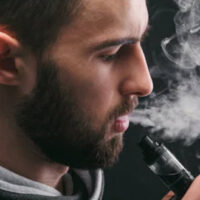 On October 2, 2019, a resident of Collierville, Tennessee, filed what is just one of a growing number of class action complaints against e-cigarette giant Juul Labs, Inc., and its part-owners, Altria and Philip Morris. The lawsuit, filed in Memphis federal court, accuses Juul and its co-defendants of multiple violations of Tennessee law for their role in promoting the ongoing vaping epidemic. The lead plaintiff seeks class certification, a jury trial, and ultimately an unspecified amount of compensatory and punitive damages.

The lead plaintiff, John Scott Emidy, said in the complaint that he is a 25-year-old Tennessee resident who is “addicted” to Juul’s e-cigarette products. The complaint does not go into detail about the circumstances of Emidy’s addiction, but rather focuses on more general allegations regarding the marketing practices of Juul and its co-defendants. Similar to other class actions filed against Juul, these allegations include:

As a proposed class action, Emidy’s lawsuit seeks to represent all Tennessee residents who have purchased a Juul e-cigarette or nicotine pod, either legally or illegally. The complaint also proposes multiple sub-classes, such as underage users who became addicted to nicotine. As noted above, the complaint also cites a number of specific legal causes of action against the Juul defendants, which include negligent and reckless misconduct, fraud, unjust enrichment, breach of implied warranty, and violation of Tennessee product liability laws.

It should be noted that a federal judicial panel recently agreed to consolidate a number of previously filed Juul lawsuits, including several proposed class actions, before a federal judge in California in what is known as a multi-district litigation (MDL) proceeding. This consolidation does not affect the ability of other plaintiffs, such as Mr. Emidy, to file their own individual lawsuits or class actions. But it is possible these new cases will also be brought into the MDL.

If you or someone in your family is suffering from nicotine addiction or other health problems related to the use of e-cigarettes, and you would like to speak with an experienced Knoxville dangerous drugs lawyer, contact Fox, Farley, Willis & Burnette, today to schedule a free consultation.