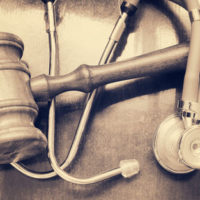 Any patient may fall victim to medical malpractice, but newborn children are especially vulnerable. Birth injuries can permanently affect a child and their parents. They are also among the most complex and difficult of medical malpractice cases to win.

On August 20, 2018, the Tennessee Court of Appeals ordered a new trial in a birth-injury medical malpractice case from Hamilton County. A jury previously ruled in favor of the defendant healthcare providers. But the Court of Appeals cited a number of erroneous decisions by the trial judge as grounds for throwing out the jury’s verdict and starting anew.

Here is a brief explanation of the case. The plaintiffs are a married couple and their minor child. The defendants are the doctor who delivered the child and his employer.

The child was born seven years ago. The doctor used a vacuum extractor to help deliver the child. This caused a birth injury known as “shoulder dystocia,” which basically means the child’s shoulder got stuck behind the mother’s pubic bone.

Upon realizing the problem, the doctor and several nurses attempted to use a series of common maneuvers designed to correct the shoulder dystocia. Unfortunately, these were unsuccessful. Another doctor eventually assisted in the delivery. But due to the initial injury, the child was born with paralysis of the left arm and brain damage. Post-delivery surgery managed to restore “limited” use of the child’s arm.

During the subsequent medical malpractice trial, the plaintiffs moved to bar the defense from introducing “collateral source” evidence. This refers to payments the parents received from other sources, including their health insurance under the Affordable Care Act and educational benefits under the Individuals with Disabilities Education Act (IDEA), to offset the cost of their child’s birth injuries. In effect, the defense argued it was unnecessary for the jury to award damages because the child’s healthcare and educational costs “would be taken care of by another source.”

The Court of Appeals held this was improper. Under Tennessee law, information regarding collateral sources is not admissible as evidence in court “until after liability has been admitted or established.” Here, the defendants did not admit liability, nor had liability been established by the jury prior to hearing the evidence regarding the plaintiffs’ insurance and IDEA benefits.

Furthermore, the appeals court said the improper admission of collateral source evidence was not “harmless error.” To the contrary, it was “impossible to determine” the prejudicial effect of the evidence on the jury. More alarmingly, the court said defense counsel made “erroneous and misleading” statements to the jury regarding the Affordable Care Act. For this and other reasons, the Court of Appeals said the plaintiffs were entitled to a new trial.

Doctors and hospitals will use every legal tactic available to avoid responsibility for serious birth injuries. This is why you need to work with an experienced Knoxville medical malpractice attorney who will zealously represent the interests of you and your child. Contact the offices of Fox, Farley, Willis & Burnette, Attorneys at Law, if you need to speak with a qualified medical malpractice lawyer today.