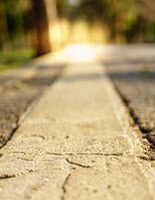 Anytime you see owe a property owner in a slip-and-fall accident, it is important to understand a judge or jury will require proof that the owner had either actual or “constructive” knowledge of the hazard that caused your fall. This is often easier said than done. Even when you think that the owner should have known there was a problem, that may not be enough to win at trial.

Judge: No Proof City Had “Actual or Constructive” Knowledge of Dangerous Condition

A recent decision from the Tennessee Court of Appeals, McMahan v. City of Cleveland, Tennessee, illustrates the problems that accident victims face in such cases. Here, the plaintiff tripped and fell on a cracked public sidewalk outside of a hair salon in Cleveland, Tennessee. According to the plaintiff, she initially thought she sustained no serious injuries in the fall, only to learn later that she fractured two ribs. She subsequently sued the City of Cleveland, alleging its negligent failure to maintain the sidewalk caused her fall.

The case was tried in June 2018 before a judge in Bradley County, sitting without a jury. The City’s defense was that it was immune from lawsuit under the Tennessee Governmental Tort Liability Act (GTLA). Among other things, the GTLA says you cannot sue a city for damages in a personal injury claim unless there is proof the city had “actual or constructive notice” of a hazard, which in this case was the crack in the sidewalk.

Only three witnesses testified at trial: the plaintiff, her husband, and the City of Cleveland’s director of public works. In her testimony, the plaintiff told the judge that she had visited the salon where her accident occurred many times before, but she “never noticed the sidewalk being raised” or cracked, and had never tripped over it.

The public works director testified that the City had planted numerous trees in the area where the plaintiff’s accident occurred more than 20 years ago. As the trees grew, their roots “have caused some areas of the sidewalks to be raised.” But the director maintained he and his staff were unaware of any hazards created by this, that they conducted regular inspections of the area, and that they were unaware of any accidents or injuries prior to the plaintiff’s fall.

This was enough to convince the trial judge that the city lacked “actual or constructive notice” of the cracked sidewalk that led to the plaintiff’s fall. The court held the City was immune from lawsuit under the GTLA. The plaintiff appealed, but the Court of Appeals said the evidence supported the trial judge’s decision.

Lawsuits against property owners, especially municipal owners, are often more complicated than you might think at first. Proving the owner knew–or should have known–about a dangerous condition on their property often requires a careful pre-lawsuit investigation. This is where an experienced Clinton personal injury lawyer can help. If you have been injured in any type of accident and need legal advice or assistance, contact Fox, Farley, Willis & Burnette, today to schedule a free consultation.