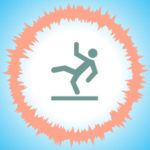 How Do I Prove a Slip-and-Fall Injury?

One of the most common types of personal injury claims is the “slip-and-fall” accident. These are actually known as premises liability claims. The basic idea is that a property owner can be held liable under Tennessee law if they fail to repair a known dangerous condition on the premises. For example, if the manager… Read More »

How a Directed Verdict Can Affect Your Personal Injury Lawsuit

Judges are sometimes quick to dismiss a personal injury lawsuit that has merit. Even when a case proceeds to trial, a judge can still bypass the jury and order a “directed verdict.” A directed verdict is itself an extreme remedy which should only be employed when a judge, after hearing all of the evidence… Read More »

If you are seriously injured on someone else’s property, you may be able to recover damages against the owner if he or was negligent in maintaining the property. Such personal injury lawsuits may also extend to others responsible for the property’s maintenance, such as a management company. But what about third parties who might… Read More »

In Personal Injury Cases, The Thing Does Not Always Speak for Itself

In personal injury cases, a plaintiff may establish a defendant’s liability through a legal doctrine known as “res ipsa loquitur.” As explained by Tennessee courts, this rule—named for the Latin phrase, “the thing speaks for itself”—holds “the injury was probably the result of negligence, even though the exact nature of the negligence is unknown,… Read More »

Are Police Responsible for Failing to Prevent an Accident?

Although police in Tennessee are generally responsible for maintaining traffic and public safety, this does not mean a person injured in a car accident has an automatic right to seek damages against a municipality for failing to prevent the incident. In limited circumstances, federal civil rights law will support a claim against police if… Read More »