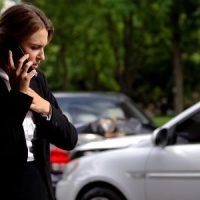 The state of Tennessee has released accident and car crash data for the entire state. The results are quite interesting, and worth noting if you use the highways of Tennessee.

Bear in mind that these statistics include data from 2020, a year that in part was impacted by pandemic related shutdowns. That means that crash accident data may be different than in years past, skewing to appear safer than previous years, when in fact, the only rationale is fewer drivers for a large part of 2020.

Combining 2019-2021 statistics together, it should come as no shock that Shelby, Davidson and Knox counties had the highest accident rates (including fatal and non fatal accidents). Shelby’s 1,462 crashes lead the state.

What Months Are Most Dangerous?

So far in 2021, statewide, the summer months between April and August saw the highest number of crashes. This is far above 2020 totals, which again were likely impacted by the pandemic.

If we compare 2021 to 2019, a more accurate comparison, 2021 crash totals are slightly higher, every month of the year. This again may be a “pandemic rebound effect,” with more and more people driving or travelling.

September 2019 actually had the highest accident total of any month in 2019, but until September 2021 is over, we won’t know if 2021 numbers will match that total.

The state also tracks the causes of accidents, or the causes of injuries. The highest cause by far is occupants who are not seat belted. Also high on the list (although far below unseat belted drivers) were drivers of older ages, drunk drivers, or motorcycle involved accidents. Surprisingly, teen drivers had a relatively low crash rate.

If you combine drunk drivers with drivers who were driving while on drugs, the combined categories would be the second highest causes of accidents or injuries.

Days and Hours of the Week

Days of the week are tracked as well and it should come as no surprise that the weekends see the highest number of accidents, with Monday through Thursday being lower, and almost exactly even in their crash totals. However although these days had lower crash totals, their fatality percentage was actually the highest of any day in the week.

Although crashes that happen in work zones aren’t frequent, they did have the highest percentage of fatalities, at about 32%.

Have you been injured in a car accident? Call the Tennessee personal injury attorneys at Fox Willis Burnette, PLLC, today if you are injured in any kind of accident.