Some Cities Are Using Bankruptcy To Get Out Of Paying Victims 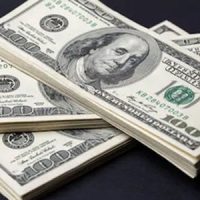 Let’s say that you have a lawsuit against the city–a school, or a police officer, or some other government official or employee. You may think that because it’s the government, you will certainly get paid if you win or settle the case. The last thing you’d expect is for a bankruptcy to affect your ability to recover money. But that’s exactly what’s happening to some victims who recover settlements or verdicts in police brutality cases.

When You Sue the Government

As a general rule, when you sue a government employee who is working in the course and scope of their employment, the city (or the city’s insurance) will pay any money that is owed by the employee by way of a settlement or a jury verdict (in some cases, when you sue the state or a government, you cannot sue the employee individually at all, but sometimes you can).

The state will encourage the victim to settle the case. It may offer a very substantial amount of money. The only condition is that the settlement agreement must place all or most of the blame on the officer or individual employee—not the state or city.

What you didn’t see coming, is that after you settle your case, and assign so much blame to the officer individually, the city then pays the police officer (or rewards the officer somehow) to file for bankruptcy, personally and individually. Personal injury verdicts are easily wiped out and discharged in bankruptcy.

The officer files for bankruptcy, wipes out (discharges) your settlement in the bankruptcy, and the city owes nothing either to you, or to its officer, who now no longer owes anything to you.

Be Careful of Settlement Agreements

There are some instances where bankruptcy won’t help a police officer. That’s where the officer’s actions are willful and malicious. But many settlement agreements will say that nobody admits to anything, which means that if the officer does try to file for bankruptcy, you won’t be able to argue that the officer’s behavior was intentional or malicious–you have already agreed in a  settlement that wasn’t the case.

Call the Clinton personal injury lawyers at Fox Farley Willis & Burnette, PLLC, today for help if you have a case against a city employee or a government agency.