Should I Always See a Doctor Following a Car Accident? 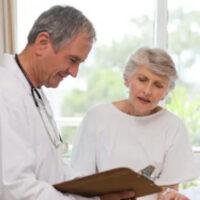 If you are involved in an auto accident, it is generally a good idea to seek medical treatment, even if no physical injury is immediately apparent. At the very least, there is no harm in obtaining an evaluation from a qualified medical professional. While your first instinct may be to say “I’m fine” and forego seeing a doctor, such a decision can come back to bite you if you later learn you were injured and need to seek damages in a personal injury lawsuit.

Let’s consider this recent decision from the Tennessee Court of Appeals, Bell v. Roberts, as something of a cautionary tale on this point. The plaintiff in this case is a 70-year-old woman. While the plaintiff was driving to a local hospital for work, the defendant rear-ended her vehicle. The plaintiff described the impact as a “hard jolt.” The defendant, while admitting he was in the wrong, nevertheless described the actual impact as a mere “touch.”

A police officer responded to the accident scene and took down a report. According to the officer, the plaintiff did not request an ambulance and said she was not injured. However, the plaintiff did later seek a medical evaluation at a local hospital. The plaintiff had preexisting degenerative disc disease, and doctors at the emergency room found “changes consistent” with that condition. Approximately two weeks later, the plaintiff saw her regular doctor complaining of back and neck pain, The doctor prescribed her additional pain medication and physical therapy.

The plaintiff subsequently filed a personal injury lawsuit against the defendant. She maintained that, at a minimum, the defendant should have to pay the costs of her initial evaluation at the emergency room following the accident. The jury disagreed, however, and returned a verdict for the defendant.

The Court of Appeals upheld the jury’s decision. Although the defendant admitted liability for the accident itself, the appeals court noted, the plaintiff still had to prove the accident was the “cause in fact of her injuries.” At trial, the jury saw a taped deposition of the plaintiff’s regular doctor. While the doctor did opine the accident caused the plaintiff’s back and neck pain, the appeals court said those findings were based on “purely subjective findings.” That is to say, the doctor essentially took the plaintiff at her word that the accident was the cause of her back and neck pain. There were no physical injuries or diagnostic tests to confirm this. And given the plaintiff herself denied she was injured at the scene, the Court of Appeals said the jury was free to disbelieve her trial testimony to the contrary.

Obviously, you should never lie about being injured in an accident. But nor should you assume there was no injury merely because you suffered no visible cuts or scratches. Before making any definitive statements about your condition, it is best to seek immediate medical attention. And if you have any questions about your legal rights following an accident and need to speak with an experienced Nashville personal injury lawyer, contact the offices of Fox, Farley, Willis & Burnette, today to schedule a free consultation.