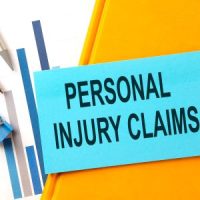 When someone is shot by someone else, it is almost always a crime. But what many people don’t realize is that if the shooting happens on a business’ property, the business could also be liable.

This happens often in our legal system, and Chase Bank may have to learn this lesson the hard way, as it is being sued for not providing adequate security at one of its banks, after a young girl was gunned down on the property.

The girl, only 4 years old, was killed in the middle of an armed robbery in Houston recently. The girl was actually killed not during the robbery itself, but when a bystander shot at her car, mistakenly thinking that the car was that of the actual robbers. The shooter allegedly sprayed the car full of bullets.

The family tried telling the girl in the truck to duck, but with headphones on, and unsuspecting anything at all was happening, she could not hear the warnings. The actual robber fled, and has not been caught.

Could Chase Have Done More?

An Unfortunate incident? Certainly. But according to the lawsuit, it was one that could have been avoided had Chase done more to protect its customers.

The lawyer for the family of the deceased girl sued Chase, alleging that the bank was in a higher crime neighborhood and that the bank did little to safeguard customers. The lawsuit says Chase could have, but didn’t, enclosed the ATM, or even closed the ATM to business after a certain time. The lawsuit says that there had been prior crimes at or around the same sight as the robbery and shooting. In fact, there had been a prior robbery at the same bank, in October of 2021.

Many of these measures would be, according to the suit, relatively inexpensive, compared to the risks if the measures were not taken.

Negligent security and gun violence cases often come down to what is foreseeable. There is no one list of things that every business must do, to keep its property safe. What a business must do, depends on the type of business, and the history of crime in a given area.

Crime statistics are kept by local police offices, and those statistics, which can detail crime down to a given street block, can often tell a detailed story about whether a business should have or needs to have security on their property.

Security can include gating areas from the general public, live, human security guards, or just monitoring devices, like video cameras. In many cases, larger venues will force customers to park very far, and force them to walk in darker, deserted areas, to get to the venue. When this happens, the venue may be responsible for crimes that happen to people going to and from their vehicles.