Resident on Resident Violence in Nursing Homes Is Common 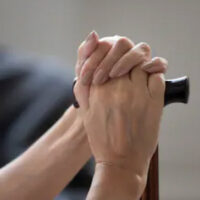 As time has gone on, people have started to become more and more aware of how our most vulnerable population can be injured. Our loved ones who must be placed in nursing homes are often victimized by those who are trying to take care of them, usually just by carelessness, malfeasance, or failure to follow proper precautions.

When we look to try to avoid nursing home abuse, we usually look to the nursing home and its staff. We may try to review policies and procedures and medical records to see what the nursing home staff did right or wrong. But one area where the elderly can be abused is often overlooked: When they are abused by fellow residents.

Residents Can be Active

It’s important to remember that those in a nursing home are not always infirm, immobile or bedridden. Many facilities have residents who are still active, vibrant, and who interact with one another.

Crime and Abuse Does Happen

Unfortunately, crime isn’t just reserved for life outside of a nursing home; just like outside the home, nursing home residents have varying personalities, and coupled with incidents of dementia, or other mental incapacities, resident on resident violence can and does happen.

Making things more difficult is that while most government bodies track abuse caused by the home itself, many do not track incidents where nursing home residents commit crimes or violence on one another. In some cases, residents’ complaints about other residents may fall on deaf ears when they are reported to nursing home staff. Residents themselves may have impaired memories, and may be unable to recount incidents of abuse to friends, family or staff.

Abuse is More Common Than You Think

Some studies of resident-on-resident abuse show that one in five residents are victims (although because the study included verbal abuse, it’s possible those statistics are inflated). Still, physical and sexual abuse were also common.

Signs that others can look for in identifying abuse are what you would expect. Physical signs may be present, such as lacerations, bruises, or sores, which are otherwise unexplained. Mentally, anxiety, withdrawing from activities or communication with other residents, or a general feeling of fear can be an indicator of resident abuse. Where there is a lack of any other explanation for these signs, families should start inquiring about resident-on-resident abuse.

If someone you love has been injured or abused in a nursing home, we can help. Call the Clinton personal injury attorneys at Fox, Farley, Willis & Burnette, today if you have suffered any type of injury, for a full analysis of your injury case.