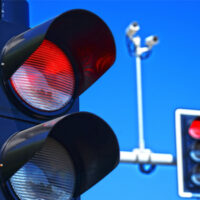 Crossville, TN (September 9, 2020) Emergency workers as well as law enforcement responded to an accident at the corner of Stanley Street and West Avenue in Crossville that occurred on the night of September 9th. The accident report states that the driver of a Chevy Colorado failed to stop at a red light and as a result ended up colliding with the driver of a Jeep Cherokee. The Jeep’s driver ended up overcorrecting following the collision, which led to her vehicle rolling over. The Chevy’s driver survived the accident but was taken to Cumberland Medical Center for treatment of her injuries. While the Chevy’s driver first claimed that the Jeep driver ran the red light, a check of the Jeep’s driver showed his license was suspended. As a result, the Jeep’s driver was issued a citation.

Data compiled by the AAA foundation reveals that 939 individuals were killed as a result of red light running in 2017, which marks a 10-year high as well as a 28% increase in 2012.

Drivers run red lights for countless reasons, but some of the most common explanations why drivers perform this dangerous driving pattern include:

You can end up facing countless consequences as the result of a Tennessee car crash. If someone else caused your accident, remember you have the right to pursue compensation. Do not hesitate to speak with Fox, Farley, Willis & Burnette today.